Personalize and Lead Your Own Space Marine Squad

Developer Cyanide Studio and publisher Focus Home Interactive have announced their next game set in the Warhammer 40K universe. Space Hulk Tactics offers a new take on the franchise, giving players command of a team of Space Marine Terminators for some unique turn-based combat. The game is slated to arrive for PC, PS4, and Xbox One later in 2018. 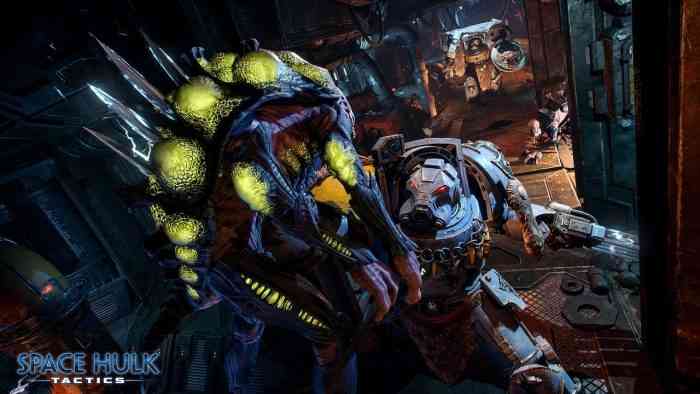 Space Hulk Tactics comes with two non-linear stories, one of which follows a group of stalwart Space Marines. Unlike previous titles, like Space Hulk Deathwing, the player is in full control of the entire squad. In navigating the dark corridors of derelict spacecraft, a new and unique battle card system grants never-before-seen control. Unique abilities come with the option to customize squads. This may also apply Genestealers, the other faction players may command in this fight. Information regarding both storylines and gameplay mechanics is available in the Overview Trailer below.

The aforementioned customization system gives players every chance to make squads uniquely theirs. “Hand-craft your forces from one of four Space Marine Chapters or four Genestealer Hive Fleets,” as the press release states. These cosmetic options are available to all players from the onset of the game, along with all multiplayer cards. Expect to learn more about multiplayer gameplay at this year’s E3. If you plan to attend this year’s expo, you may find Space Hulk Tactics on the ground floor, where it will be playable. Stay tuned for additional updates.

Xbox Reveals Free Games For May 2020

Vermintide 2 Will Be Adding a New In-Game Store
Next
For Honor Is Revived and Coming Back to E3 – New Video Released
Previous
Fallout 76 Is a Survival MMORPG, According to Sources