PES 2019 Has Been Officially Announced

The Realistic Soccer Game Is Coming This August!

Last month, we reported on leaked details for Konami’s upcoming soccer game PES 2019 and, on Wednesday, an official reveal trailer was uploaded onto YouTube. Check it out below!

The trailer partially confirms a release date that we reported: August 30th for the EU/AU. For North America, the game comes out two days earlier on August 28th.

A press release for PES 2019 also confirms the leaked in-game features that were reportedly in the game: 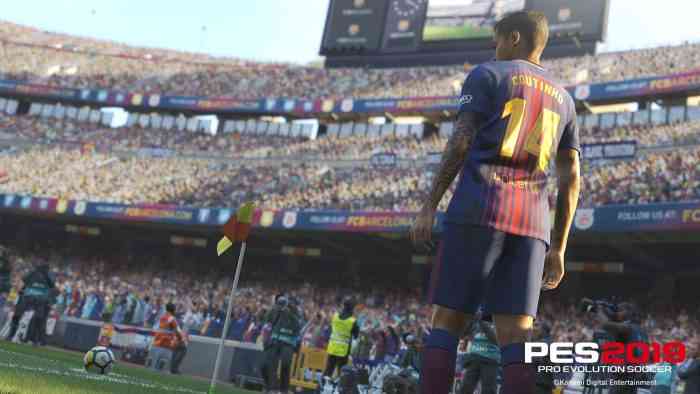 “Konami has listened to the fans and has put their changes and suggestions at the forefront of what makes PES 2019 the best addition to the franchise yet,” said Jonas Lygaard, a Konami executive. “Our number one desire is to give the fans more of what they want and delivering it sooner than ever before.”

Notably, no last-gen console versions of PES 2019 were announced in the official trailer. The previous entry in the PES series, PES 2018, was a cross-gen title.