The arrival of developer Dontnod’s Vampyr is a lot closer than the horizon. With the game’s impending arrival on June 5th, the devs have decided to treat prospective players to nearly an hour of new footage. 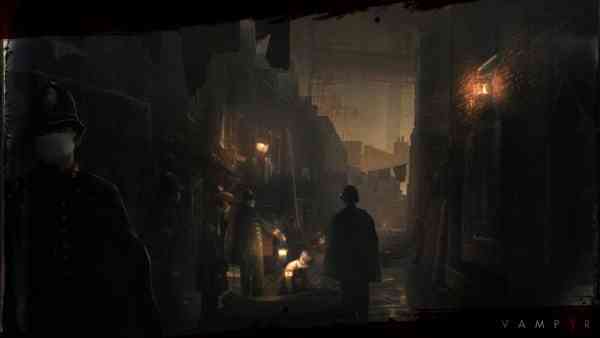 Worth noting: the footage was taken from a developer livestream last week. Thanks to community engagement, it is speckled with questions and discussion. This particular segment of the feed takes place six hours into the livestream, which means we’re past potential spoiler moments in the beginning. By this point, the user is already a vampire and trying to reconcile their bloodlust with their role as a physician. The game will be filled with tough choices of a similar vein, which is part of Dontnod’s forte. And, throughout the story, interactions with every citizen will have far-reaching consequences for the domain of London.

You can discover 55 minutes of raw Vampyr footage below.

Filling the role of Jonathan Reid, power lies in the hands of players to affect the overall health of 20th century London. Saving lives can benefit the city, but taking them can increase your vampiric abilities – The experience asks players to deftly navigate the tradeoff, made more meaningful since you’re only provided one save slot. Dontnod’s Vampyr will arrive for PlayStation 4, Xbox One, and PC. Let us know your thoughts on the footage and whether you’re interested playing the game.