Xbox is Committed to Accessibility

It would seem that a new accessibility-minded controller for the Xbox One has leaked. 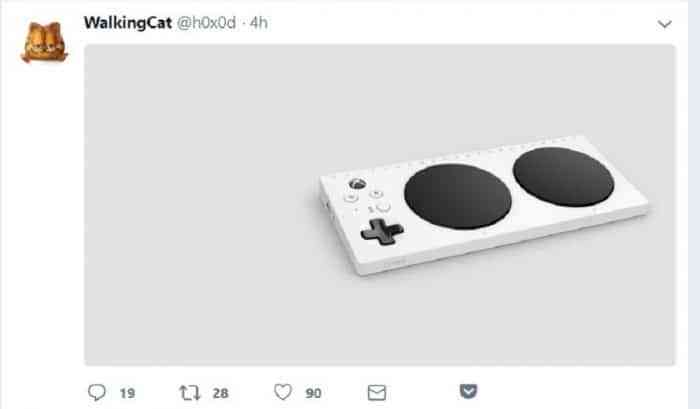 Notorious Microsoft leaker WalkingCat posted the above picture on their twitter without caption.

This is really all the information we have on the device so far, but is in line with Microsofts accessibility and diversity focused updates coming to Xbox. The much anticipated avatars update features prosthetic limbs and wheelchairs, as well as customization of individual limbs so that all of their fans feel properly represented in their virtual self. These kinds of peripherals will make gaming easier for an enormous number of people, and other companies would be wise to follow suit. Plus, knowing Microsoft, this controller will likely be compatible with everything under the sun.

Let us know what you think of the controller in the comments! And while you’re here, why not check out how long Xbox One users have spent using backwards compatibility, or how the Microsoft Store’s new gifting feature works?