Over Five Minutes of New Gameplay!

Some new gameplay for the upcoming God of War game was recently released and it shows off some more of the intense combat and the climbing mechanics. You can view the new gameplay video below!

Aside from the combat and the Uncharted-style climbing, some of the exploration is also shown in this new gameplay footage. Cory Barlog, the game’s Creative Director, has said that the game won’t be open-world but will be open enough for players to explore levels for side content.

Another thing that is shown: God of War’s Labor system, which appears to be some kind of system that involves players completing specific challenges.

That pretty much covers everything that was shown in this new gameplay footage. The footage seems to be from the same level that was shown last month. 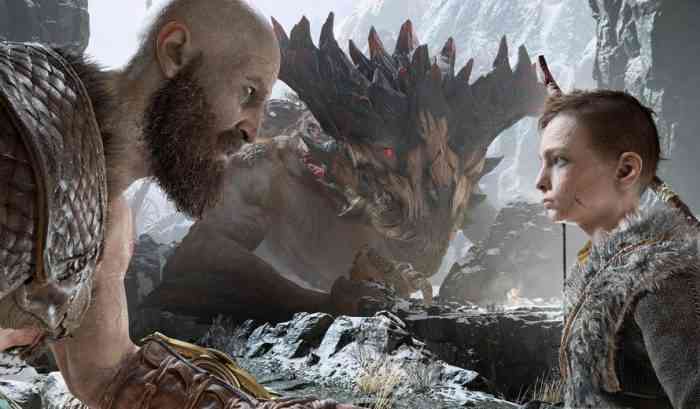 We recently wrote a preview of God of War and it was pretty positive. One of the topics the preview touches on is the new God of War’s gameplay and how it differs from the gameplay of previous games in the series.

“In short, it has changed dramatically. Don’t worry, there’s still an intense amount of violence to revel in as Kratos hacks, slashes, and rends his way through a horde of foes,” our preview noted. “The gameplay, however, is much more subdued in contrast to the frenetic pace of the previous entries.”

God of War’s new combat system has been a point of contention for series fans ever since the game was first revealed at E3 2016. Some fans derided the new gameplay for being too slow when compared to the faster-paced combat of the previous games and for being reminiscent of The Last of Us while other fans welcomed the new direction the series seemed to be taking.

We’ll know soon whether or not this new direction will work out for the series. Reviews for God of War are scheduled to be published next week on April 12th and the game is going to launch on April 20th for the PS4.