Because All Indie Games Must Be Switch Games Eventually

Robot Wizard, the developers behind upcoming point & click adventure Jengo, are augmenting their funding campaign to ensure their game gets a version on the Nintendo Switch. This plays into my long-running theory that all indie games are destined to be absorbed into Nintendo’s ravenous hardware jaws. 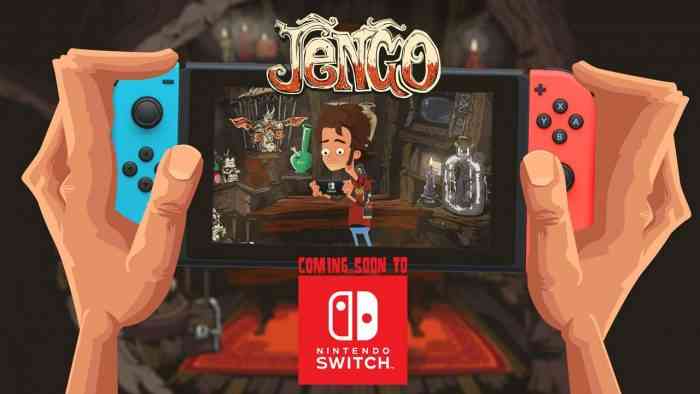 Jengo is currently scheduled for a 2019 release on PC. Now, with this announcement, the game is heading to the Nintendo Switch as well. The devs made this decision after the game’s Fig campaign hit the 25% mark after only a couple of days. Which is pretty good progress for a point & click adventure title.

For the curious, Jengo is the story of one gamer’s quest to stop a faceless horror from consuming the land. Actually, said gamer is merely on a quest for the ultimate video game. The whole saving the world thing is sort of a side dish, an incidental incurred on the way to your real goal. Also, the realm is called the Pixelverse and the town is known as Old Meta. Just in case you were unclear as to how often the fourth wall would be breached during your playthrough of this title. Regardless, Jengo looks like a good one to keep on the ol’ radar if you’ve got an appetite for adventure games from days past. Heck, if you’re sufficiently curious, you can even donate!