Tacoma, an indie adventure game set on a futuristic space station, is launching on the PS4 on May 8th. The official announcement trailer can be viewed below!

The premise of the game is this: players take control of a character named Amy who uses an augmented reality (AR) device in order to find out what happened to the residents of an deserted space station named “Tacoma”. Players will have to piece together conversations that were had between the “ghosts” of the residents so that they can get the full story. 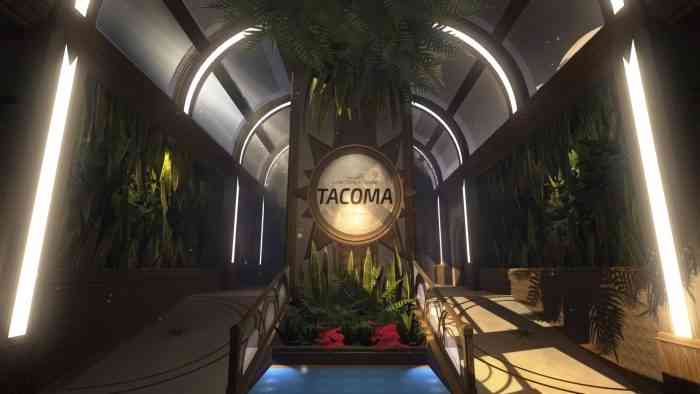 We reviewed Tacoma last summer and gave it a score of 77 out of 100.

“Although Tacoma is short, it does a fantastic job telling the stories of the different characters throughout the game, using the non-sequential AR memory recordings to build emotional ties to each,” our reviewer wrote. The reviewe went on to describe the game as “a simple, yet fun narrative driven game that brings time and space together.”

“Although it would have been nice to have a bit more variety, and a longer story without any glitches, Tacoma uses strong voice acting, colorful characters, and an interesting game premise to more than makeup for what it lacks,” our reviewer concluded.

Genshin Impact Beats Sonic Frontiers for the Players’ Voice Award
Next
South Park: The Fractured But Whole: It’s Gross, Obscene and Now Available on the Switch
Previous
Microsoft Is Facing a Lawsuit for Patent Infringement in Its Exclusives