You can never have enough badass 3D anime fighting games. Case in point, My Hero Academia, the action anime and manga series about a high school full of superheroes, is getting it’s own game. My Hero One’s Justice is coming to all the consoles later this year, and it looks almost as over-the-top as the anime. 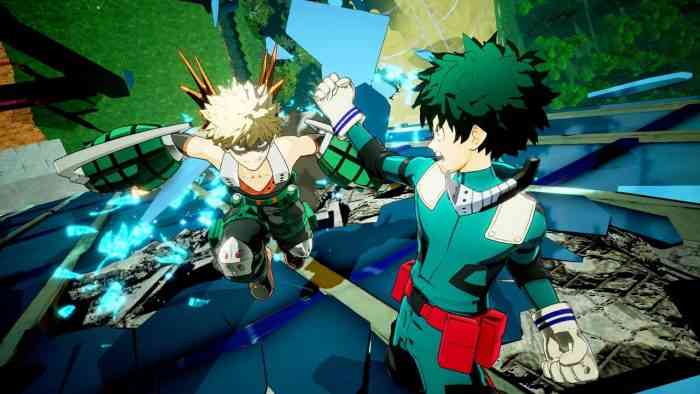 One’s Justice will have a robust roster consisting of just, a ton of super-powered high school students. Fire, ice, electricity, rocket thrusters, even frog powers are on the table. If you’re unfamiliar with the anime this game is based on, just know that there’s a lot of insane fights and impassioned speeches about doing the best you possibly can. I, a fully-grown adult, have seen every single episode.

We don’t have a concrete release date for the game just yet, but we do know that it’s coming out for PC, PS4, Xbox One and the Nintendo Switch sometime in 2018. Hopefully we learn more about the game soon, such as a complete roster of who’s going to be playable. In the meantime, check out the latest trailer for the game, embedded below. I really appreciate the comic-style VFX that come with every serious impact and strike. Plus Ultra!!!!

A Light In The Dark Heads To PlayStation And Switch Later This Year
Next
Hellblade: Senua’s Sacrifice Cleaned House At BAFTA This Year
Previous
Sega Genesis Mini Unveiled at FES 2018