The first update for Far Cry 5, the open-world first-person shooter set in Montana, is going live for console users today. The update fixes several bugs in the campaign mode along with some changes to the game’s arcade mode and map editor. 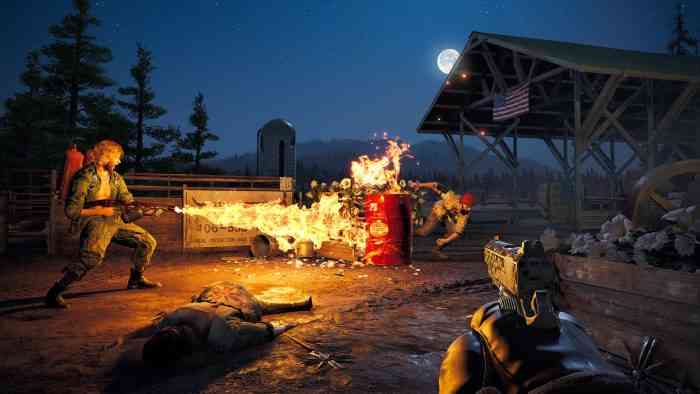 The update was already available for PC users last Friday. The update improves things such as the game’s stability, several bugs and also the co-op mode.

You can read the full list of fixes below:

COOP and Online
Improved COOP connectivity
Fixed low occurrence COOP specific walkthrough breaks
Fixed voice communication issue where players could be permanently muted
Hurk was blowing up the client player when in a helicopter, fixed that.

PC Patch Only:
Fixed issues that were causing incorrect spawn if the game was minimized during loading

Even though Far Cry 5 has been selling pretty well (it topped the UK sales chart again last week just like it did in its debut week) and received great reviews, it’s known for being somewhat buggy. Players have reported experiencing mission bugs and A.I. bugs, for example.

Hopefully, this patch will make some significant improvements to the game and it’s doubtful that this will be the only update that Ubisoft releases for the game.

Let us know your thoughts about this patch in the comments section below!

Final Fantasy XIV Patch 6.3 Introduces Dungeon and More Next Year
Next
GTA 5 Just Became the Most Profitable Entertainment Product of All-Time
Previous
GameStop Is Expecting 2018 to Be Another Banner Year for the Switch