Prepare to Stream Some Multiplayer Hysterics in Sea of Thieves

We are approaching the Sea of Thieves release date, and Rare has released a new trailer welcoming all to the world of pirates. Multiplayer and fun is the focus of this IP, and this footage is just a small glimpse of what players can do together with friends. Just as well, this is the perfect game to go treasure-hunting with strangers. Check a look.

Did you note the Kraken at the end? Of course, you did. That monster is gigantic, and it’s a boss battle part of me hopes to avoid. As previously revealed by the developer, the Kragen will serve as a random encounter that only the hardiest crews can overcome. For every advantage your party gains, the beast will learn and evolve. He or she will get tougher as you fight, so teamwork is essential. 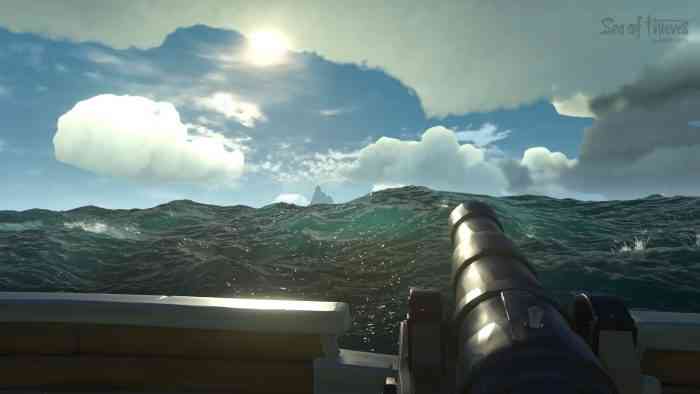 Sea of Thieves is a shared-world multiplayer title that will debut on Xbox Game Pass on its day of launch. The first-party exclusive will be the first to do so, and it will be available for Xbox One and Microsoft Windows on March 20. If you want to see more of what the Sea of Thieves co-op gameplay has to offer, you can catch our preview video here. You’ll meet the worst pirates you’ve ever heard of. Really, these guys are bad.

If you haven’t done so already, discover the latest Sea of Thieves promotional event where players compete for a chance to win a $100,000 banana. This is a real thing, people. Find the info in our dedicated article here.

Titanfall 3 Is Not in the Works, Devs Say ‘Don’t Get Your Hopes Up’
Next
Blazing Chrome: A Love Letter to Contra and Metal Slug Coming This Year
Previous
Geralt of Rivia Revealed in Bandai Namco’s Soulcalibur VI