Official Gwent Tournament to Be Held in Polish Salt Mine

It’s a Peculiar Venue to Say the Least!

Next month’s Gwent tournament, GWENT Challenger, will be held in a salt mine in Poland, announced Witcher developer CD Projekt Red on Wednesday. Gwent is a card game that was featured prominently in the 2015 smash-hit open-world RPG The Witcher 3.

A teaser trailer for the event can be viewed below!

The tournament was originally going to take place in the United States but the change of venue “continues the creative direction we established with the previous event in the series,” explained Rafał Jaki, Product Director of GWENT, at CD Projekt Red. The Wieliczka Salt Mine is a well-known tourist attraction in Poland. 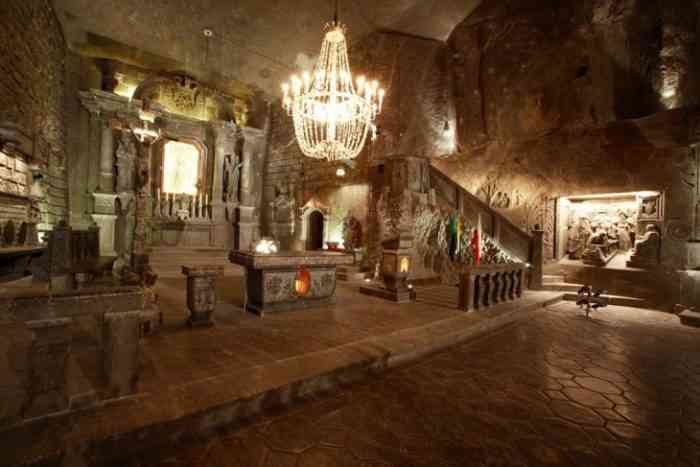 “We want our tournaments to be as exciting to watch, as they are to compete in. To make that happen, we focus on finding the coolest places and ways to make the streaming experience as fun as possible,” Jaki said.

“Community feedback from December’s Challenger was great and we really like to raise the bar for ourselves with everything we do,” he continued. “If you enjoyed your trip to the Nilfgaardian stronghold of Moszna Castle, you’ll definitely love the what we have in store for you at the salt mines.”

The salt mine was also chosen for the April card tournament because it is “one of the most valuable monuments of culture in Poland”.

“The mine combines centuries of tradition and modernity — hundreds of years of history locked in an underground metropolis with extensive infrastructure,” read an official press release for the event. “It is a product of work of generations of miners, a monument to the history of Poland and to the Polish nation.”

The tournament will be held at the salt mine from April 28th to April 29th.

Any Gwent players out there that are planning on attending this tournament? Do you like the idea of playing cards in a salt mine? Let us know your views on salt mines in general as well! Head on down to the comments section!

The Witcher 3 Statue of Bathtub Geralt Gets Discounted
Next
‘Jurassic World Alive’ Wants You to Capture Dinosaurs, Pokemon Go-Style
Previous
South Park: The Fractured But Whole Pinches Out New DLC This Month