Final Fantasy Team Once Made an Aliens Game

When you think of Square, you probably think of popular RPGs like Final Fantasy. But before this series became a breakout hit, they dabbled in many other kinds of genres, one of them being an Aliens action game. 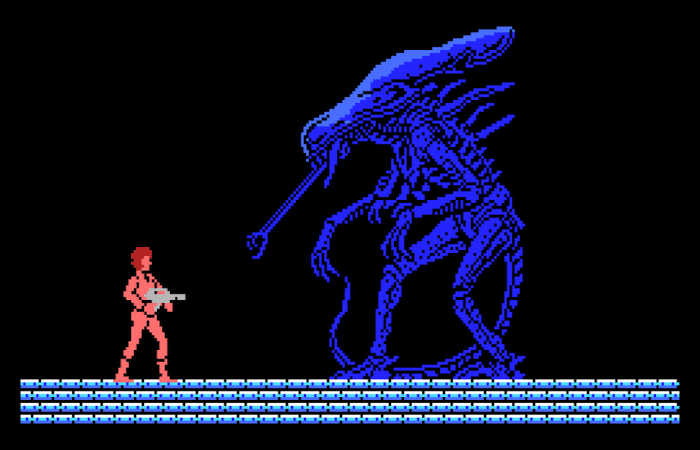 In a new book released last month called The Untold History of Japanese Game Developers Volume 3, Square’s own Takashi Tokita talks about his career at the company that started in 1996. And one of the things he touches on is the Aliens game.

“I think one of the reasons why they decided to recruit me was because they wanted to develop this title for the MSX, and I had experience doing graphics for the MSX,” he said of the project.

He did all of the art for the game with limited references.

“First I went to watch the film, because I had not seen it,” he said. “Then I got some highly-detailed model kits to use as reference materials. I kept them on my desk and referred to them from time to time as I worked.”

The final result is a side-scrolling action game in the same vein as Contra. Although Aliens was only released on the MSX, the original plan was different.

“We were actually working on the MSX, Famicom Disk System, and a PC version, but we only completed the MSX version,” Tokita said. “What happened was that the MSX version was programmed in-house, but we used contracted programmers for the Famicom and PC versions, and they really weren’t up to the challenge.”

“I think the Famicom version reached a stage between alpha and beta version, however the quality was quite poor,” he added. “The programmer just… Didn’t really have the skill to pull it off. He was holed up in the office, working at it night and day, but… Unfortunately, it didn’t turn out the way we had hoped.”