Adult Swim Games announced that Rick and Morty: Virtual Rick-aility reality game, is coming to Playstation VR this April, alongside a new collector’s edition that comes with its own Funko Pop! figure, the base game, and an exclusive double-sided poster featuring some Rick and Morty comic book art. 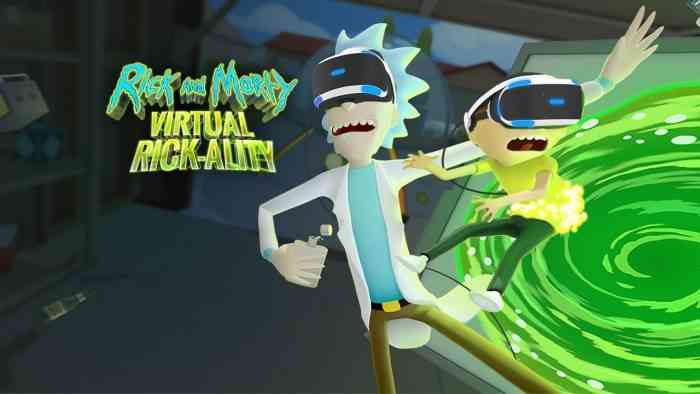 Rick and Morty: Virtual Rick-aility immerses the player in the bizarre world of Rick and Morty through the power of VR. Players assume the role of a Morty clone and are let loose to explore everything from the Smith’s house to the universe through a series of portals, help Rick with experiments, and interact with all the random, though not at all dangerous, equipment Rick has left strewn around the garage.

The game is fully voiced by the original cast of Rick and Morty, and will require the player to follow Rick’s instructions to complete a series of hilarious puzzles. However, if you feel like it, you can spend your time slapping a Morty in the face, tricking any Meeseeks you find into killing themselves, and everything in between.

Similar to the PC version, released back in April of 2017, Virtual Rick-aility will be developed by Owlchemy Labs, who you may recognise from their hit game Job Simulator, and will be available physical or digitally for $29.99.

What do you think of the virtual reality craze? Are you going to buy the PSVR version? Let us know!