Thanks to yet another crossover for Monster Hunter World, some of you PS4 hunters out there will soon be able to look as two characters from the Street Fighter series. Currently, only Ryu’s gear is available to unlock, alongside some of his iconic hadouken and shoryken abilities as emotes on the PlayStation Store. Sakura, on the other hand, will be available to players later on. 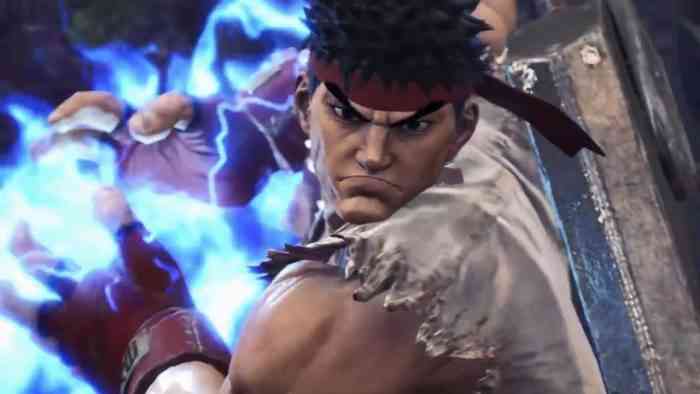 The event, and the Street Fighter gear, is currently only available on PS4 for those with a Street Fighter V save on their system, but is planned to become available to all PS4 users and Xbox One users later. Similar to the Horizon Zero Dawn event, there’s a quest you must complete in order to get the required materials to craft the gear, and the quest will also disappear after a set amount of time (March 1st).

To unlock Ryu’s armour, you need to complete a three-star quest pinned to the arena quest board called “Down the Dark, Muddy Path”. The quest itself involves hunting a larger-than-usual Barroth who’s newfound size increases his hitbox and attack range. As it’s an arena quest, you’re only given a choice of five weapons to choose from: either the great sword, dual blades, hammer, gunlance, or the heavy bowgun.

Another event for PS4 users to look out for is the second Horizon Zero Dawn event, which will be PS4 exclusive, and coming to you on February 28th. This mission involves hunting a giant version of the flame-breathing T-Rex Anjanath, with the reward this time around being materials to craft Aloy’s bow and armour. Equipping the entire set will change your hunter’s appearance to that of Aloy.

Are you looking forward to this event? Let us know what you think about the upcoming Horizon Zero Dawn event!

Fall Guys and Among Us Hit Platinum Status on Steam
Next
Press X To Podcast Ep.6 – Will The Nintendo Switch Online Service Be Worth The Wait?
Previous
Rick and Morty: Virtual Rick-ailty Coming to Playstation VR in April with Schweet Collector’s Edition