The Sci-Fi MMO with Mechs, Pantropy, Is Live on Kickstarter

If you’re a fan of mechs, fps, and, most importantly, Sci-fi, then you’re in for a treat in Pantropy. Here’s an open-world MMO where players can build massive weapons and participate in faction warfare. The project recently hit Kickstarter; though it offers a broad experience with its current funding, the developers at Brainstone Games are hoping public involvement will help them improve and add new features. 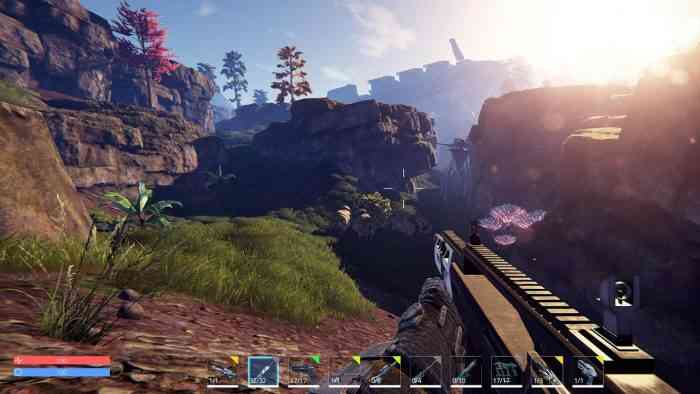 In Pantropy, players are transported to an alien-rich environment where PvE and PvP scenarios lurk around every corner. There are a total of two factions players can join, allowing for recurring PvP combat. But in order to keep the experience fun, the development team is opting away from deathmatch battles. Instead, there will be unique challenges in which players from opposite sides can battle and claim victory.

We added this faction system to reduce frustration and to increase the cooperative gameplay experience for our players, we strongly felt a clear 2-Faction system was not present enough in other games out there on the marketplace today.”, says Sebastian Kaulitzki, Executive Producer at Brainstone Games GmbH.

Though Pantropy is filled with customization options, there are no microtransactions. Players can build mechs, weapons, and armor with the items they scavenge in the open world. Good ol’ fashioned skill and determination will get you far. Plus, it’s just fun to interact with a world of new species.

To support Pantropy or learn more about the game and new features, you can visit the team’s official Kickstarter page. Furthermore, you can visit the all-day stream that’s going on today, February 6th. Simply visit https://www.twitch.tv/pantropy.

Grindstone Launches on PC With a Bright and Gory Accolades Trailer
Next
System Software Update 5.50 Comes to the PS4 with New Features
Previous
Brawler & Shooter Combine in the All-New ‘Sky Noon’