If you’re looking for a more fantasy-style FPS, the team from The Astronauts announced Witchfire at this year’s Game Awards. The upcoming title is from the people that brought us The Vanishing Of Ethan Carter, and also Bulletstorm and Painkiller? Those… don’t seem like they’re all that related. 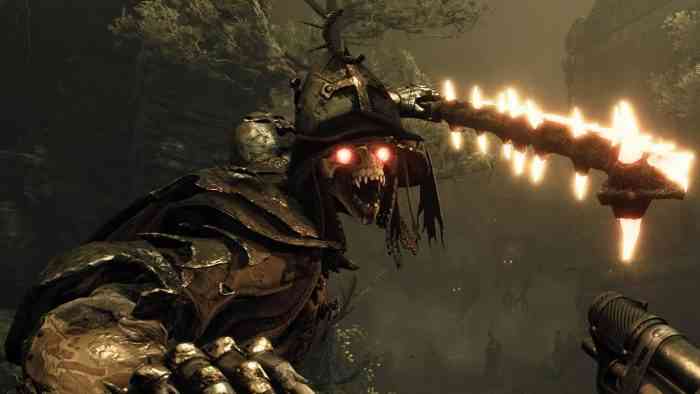 Regardless, this one looks like an excellent entry in the underappreciated dark fantasy FPS genre. You’ve got your crazy monsters with glowing eyes, your high-powered weapons and your beautiful wastelands. Also, if the game’s name is any indication, there will be magic? Gosh, I hope there’s magic.

There’s no release date yet for Witchfire, though the trailer looks pretty far along in terms of development. It appears that everything we were shown at the Game Awards was, in fact, all gameplay footage. We don’t know anything beyond this at this time, though hopefully we get a lot more information in the coming weeks and months. Until then, check out the trailer below!

Prime Matter’s Gungrave G.O.R.E. Has Released On Multiple Platforms
Next
Josef Fares Says “F@!& The Oscars” Before Sharing Some Huge Details About A Way Out at the 2017 Game Awards
Previous
New Death Stranding Trailer from The Game Awards is a Total Morbid Mind F@#%!