With 2017 coming to a close, Square Enix is still regularly updating the bro’d trip JRPG Final Fantasy XV with a multiplayer expansion and a random VR fishing game out this month. The company also announced that it would be hosting a Final Fantasy XV Active Time Report on November 29 at 22:00 JST, which you can watch it over here. 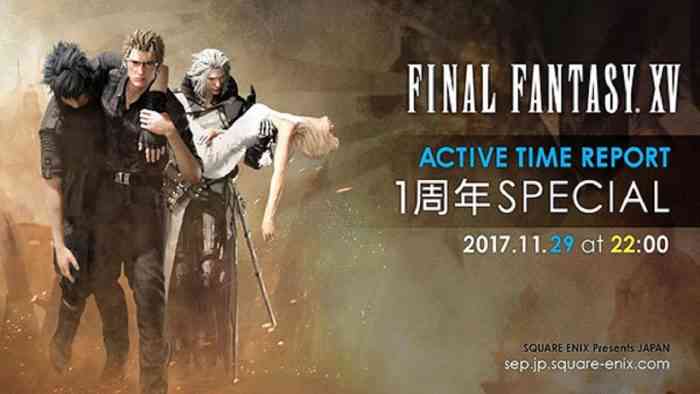 What can we expect? Well, the site describes the stream as a good chance to get retrospective with the past year. We’ll be getting results from the latest survey to the “Multiplayer Expansion Pack: Comrades” which doesn’t sound too amazing to me, but I don’t play the expansion. We’ll also predictably get more news on “Episode Ignis” as well, I’m still holding out for a cooking mini-game with Ignis. Besides that, they teased a “surprising” update due out in December. My guess is we’ll see Noctis and bros in Santa gear. Looking ahead, they said that there would be even more news, implying 2018’s batch of DLC. Looks like we’ll be playing this game for three years, it seems. It’s a bit sad that the iconic series turned 30 this year with little to show for it. Hopefully, E3 2018 will be where we finally learn about Final Fantasy XVI.

Final Fantasy XV is available now for PS4 and Xbox One, and will launch for PC in early 2018. Besides that, we should be getting the mobile version pretty soon as well.