Will Star Wars Battlefront II Get Better or Worse?

All the discussion (rage more like it) surrounding Star Wars Battlefront II started with the pay to win scheme players saw in its beta. That has since been corrected by DICE, or so we thought. Now that the game is playable via Origins and EA Access, the signs of a Pay-to-Win progression have once again cropped up. 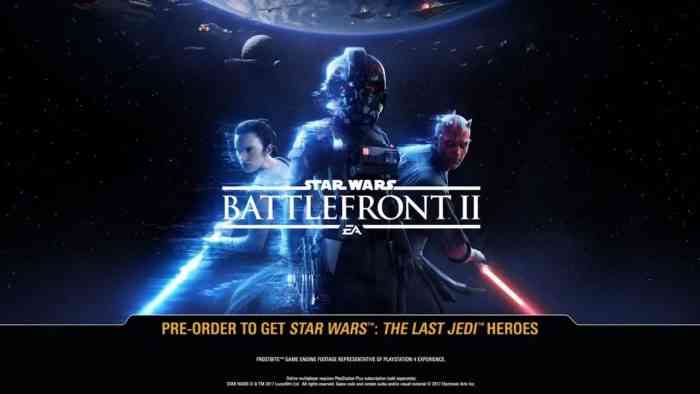 Using in-game currency in the form of credits, players can buy crates and individual pieces of equipment in Star Wars Battlefront II. According to a post on Reddit, which has since gone viral, it would an estimated 40 hours or 60k credits to unlock a single Star Wars hero in multiplayer. That’s without making any kind of purchase along the way. Reddit user TheHotterPotato made the calculation and provided a thorough summary below:

In my opinion this needs to increase by at least a factor of two, maybe more.

Far too low, we will get into that in a moment.

Average Credits per Minute of Gameplay: 25.04

At first it sounds reasonable…

Almost 3 hours of gameplay required to earn a trooper crate at the current rate. I understand these values don’t include what you earn in challenges, but I am mainly doing this to figure out what it’s going to be like after the first week and I am done chasing the easy challenges and start playing the way I enjoy. 3 hours is far, far too much of a time requirement.

You read that correctly. At the current price of 60,000 credits it will take you 40 hours of gameplay time to earn the right to unlock one hero or villain. That means 40 hours of saving each and every credit, no buying any crates at all, so no bonus credits from getting duplicates in crates.

This sounds like For Honor all over again. Naturally, this got the community very upset, and many fans leveled their complaints at EA and DICE employees. Twitter, in particular, was lit up with outrage. As a result, one EA/DICE developer, Sean, decided to speak on behalf of the team. According to him, the Reddit post calculative Reddit post that started the whole outrage is “highly inaccurate” since other factors aren’t taken into account.

Just an FYI: that reddit article is highly inaccurate

How? He gives more information than anyone on the dev team has.

His point is pretty clear, I think. And I simply said that reddit article that’s being referenced is inaccurate. As it is. It doesn’t take a lot of factors into account.

Additionally, it seems devs and many prospective players can’t agree on Star Wars Battlefront II being Pay-to-Win. Sean maintains that it’s not PTW since everything is obtainable through regular progression. Meanwhile, players are just angry about the fact that microtransactions can lead to faster progress.

We’re incredibly active w/ the community and on many social media platforms. Many of us are on here all the time, and on our personal accounts. We interact w/ fans, answer questions & help when we can. Saying we’re “tight-lipped” is just patently false. https://t.co/FFHhPNn4Pk

It bears mentioning that the game still hasn’t officially released, the date set for November 17th. According to the official website, a hero only requires 10k credits to unlock, that is significantly less than the number calculated on Reddit. Will the final product be more forgiving, where time investment is concerned? We’ll just have to wait and find out. But with DICE promising a slew of DLC free of the Season Pass model, many gamers probably figure we’ll pay for them in one form or another.

P.S. Do not harass and/or send death threats to devs.