Gang Beasts Coming To Steam And PS4 At Long Last

Beat Up Your Friends In The Silliest Ways Possible This December

After a lengthy cooking time in Steam’s early access program, Gang Beasts is ready for a full release! Double Fine Presents and Boneloaf are bringing this ridiculous 3D brawler to PC and PS4 on December 12th. 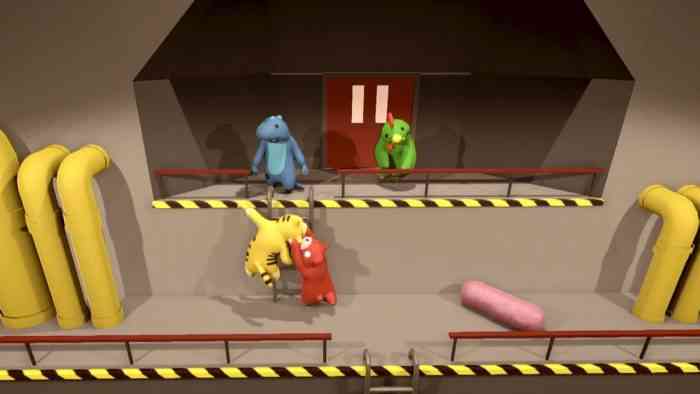 This game is a great opportunity for you and your friends to fight like you’ve been drinking heavily the whole night, with none of the risks and/or deep sadness involved in such a prospect. Each player controls a different brightly-coloured avatar with the ability to punch, kick, push and pull one another to an untimely demise. You can’t really damage one another directly, so the best strategy is to force your opponent off a railing or ledge into some manner of death trap below. You know, your standard construction equipment, your incinerator pits, your active train tracks. Things of this nature.

Gang Beasts will be launching with some new game modes, such as 2v2 soccer and a 4-player co-op mode. You can check out the trailer, embedded below, for a better idea of what else is new with the game. There’s some fighting on elevators, on top of semis and dangling from helicopters. There’s also a bunch of character customization shown off, which is lovely. Who could resist chucking a good friend into a thresher while done up as a construction worker or a sweet old lady?


Gang Beasts Gets Crossplay Between Xbox and PC, but Not PlayStation