Have you ever had sadistic urges while on the go? Well, those urges are being answered thanks to developer BLUE WIZARD DIGITAL. Introducing Friday: the 13th: Killer Puzzle, a new mobile game based on the iconic film and serial killer who just won’t die. 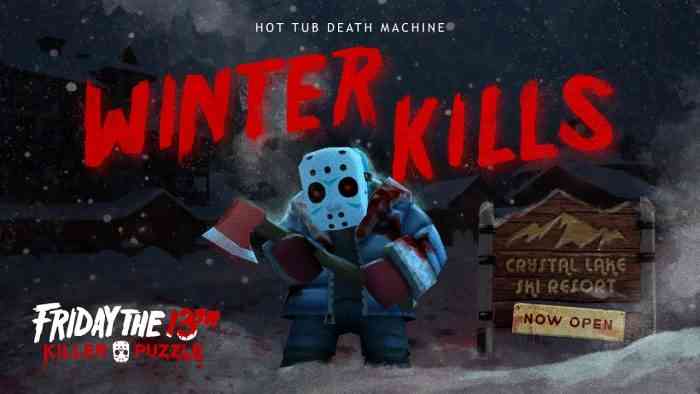 Like all Friday the 13th games, your job in this new title is to kill as many campers as possible. But in this game, you’re helping Jason Voorhees do it by solving puzzles. Excercise your brain and get bloody in the process. There are over 100 levels in total, each one offering to deliver people’s faces to the sharp side of your machete. Furthermore, there is a multitude of different environments in which to slay bystanders. We’re talking Manhattan high rises, supermax prisons, ski resorts, and, of course, Crystal Lake.

The people working on Friday the 13th: Killer Puzzle are the same people behind the previous killer app, SLAYAWAY CAMP. And before that, the developers who work there now helped deliver iconic mobile titles from PopCap: Bejeweled, Plants vs Zombies, and more. Find their latest project for iOS and Android in 2018. An exact release date hasn’t been set, but we’ll bring the updates as they come our way.