There are some pretty amazing comes coming this month, but one game at the top of everyone’s list is Assassin’s Creed Origins. With its uncommon four-year development time, a long process by Ubisoft standards, Origins is poised to completely change the face of Assassins Creed while still staying true to its roots. Developed by the same team that worked on the incredibly popular Assassin’s Creed: Black Flag, Origins will undoubtedly captivate us much the same way Edward Kenway and his merry band of pirates did. Today, we learned just how much room you’ll need to clear on your hard drive when the game arrives later this month.

The install size for Assassin’s Creed: Origins releasing on October 27, 2017 will take up a total of 42.3 GB on Xbox One.

Assassin’s Creed: Origins takes players to ancient Egypt to discover secrets hidden within the great pyramids across a massive landscape full of sand and historical wonder. It’s the first in the series after a small break to refine the formula and now it’s back, larger than ever. The world is truly massive with a wide range of authentic creatures, gorgeous structures and hidden secrets to explore. 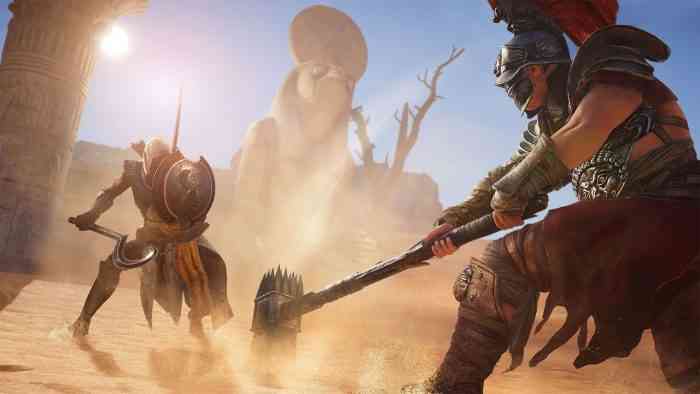 Assassin’s Creed Origins is the explosive new entry into the long-standing Assassins Creed series. Players will take control of Bayek, a medjay – protector of the people, and play alongside his wife Aya as they uncover a threat put forth by The Order. The game is set to tell the story of the original assassin and how the Brotherhood was born. It features an all-new hit box combat system and for the first time in the series, a loot system with minor RPG elements. Replacing the series standard Eagle Vision when at a high perch, Bayek instead has a symbiotic relationship with his eagle, Senu, in which he can see through Senu’s eyes as an aerial scout.

Official Assassin’s Creed Whiskey Is Being Made and Sold
Next
Two More Indie Titles, Darkest Dungeon and the Darkside Detective, Are Coming to the Nintendo Switch
Previous
Bethesda Says That Fan Requests for Elder Scrolls 6 Won’t Define Future Titles