WWII To Be Most Graphically Stunning Call of Duty Yet; Takes “Full Advantage” of PS4 Pro

You’ll Want to Play WWII on The PS4 Pro

According to Condrey, Sony’s enhanced PS4 console will be used to show off some impressive fidelity in the game. In addition, the game’s new 48-player multiplayer social hub, the Headquarters, will also benefit from the PS4 Pro’s upgraded hardware. That’s what Condrey said in the November issue of the Official PlayStation Magazine UK (issue # 141). He said:

“The new facial system, the new animation system, the new rendering physics system, [PS4] all brings that to life. This power, you know, we’re taking full advantage of the PS4 Pro and everything it’s doing to really bring that fidelity out.” 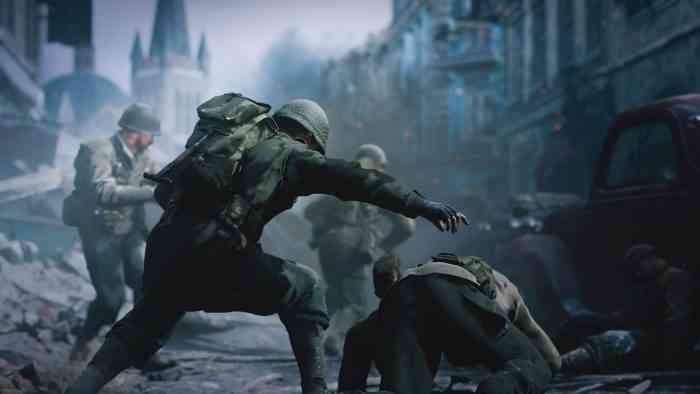 It’s also evident in Headquarters, he explains, with the 48-player space also taking advantage of what the supercharged console can do.

The new 48-player social mode was revealed back in April of this year. A trailer for the new mode was released last month.

he exact PS4 Pro (and Xbox One X) enhancements for CoD WWII haven’t been revealed, but we’ll update as soon as we learn more.

Call of Duty: WWII tells the story of Private Ronald “Red” Daniels, a young recruit in the U.S. First Infantry Division who experiences combat for the first time on D-Day, one of the largest amphibious assaults in history. After surviving the beaches of Normandy, Red and his squad will fight their way across Europe, engaging the enemy in iconic battle locations such as the Hürtgen Forest and the Battle of the Bulge, as they make their way into Germany. The journey begins on November 3.