A Quiet, Puzzle Mystery Game is Coming to Switch – Syberia 1

Syberia 1 is the Patient, Background Art Focused Game for the Loudest, Colorful Console

The Nintendo Switch doesn’t seem like the system for quiet mystery games where you piece together a psychological puzzle, but that’s exactly what the Switch is getting. Microïds announced the adventure game Syberia 1 will land on the Nintendo Switch on October 20th.

For those not familiar with the Syberia series, we follow Kate Walker, a young New York lawyer. She is dispatched to deal with the sale of a former automaton factory hidden in the French Alps. She never thought that this task, as simple as it seemed, would change her life forever. She quickly embarked on a journey into the confines of Eastern Europe, accompanied by a very peculiar automaton named Oscar. Together they discover incredible places, filled with colorful characters, before meeting Hans Voralberg: the genius inventor, following the trails of the last mammoths found on the mythical island of Syberia, which also happens to be the last piece of the puzzle to conclude the sale and the mission of Kate. 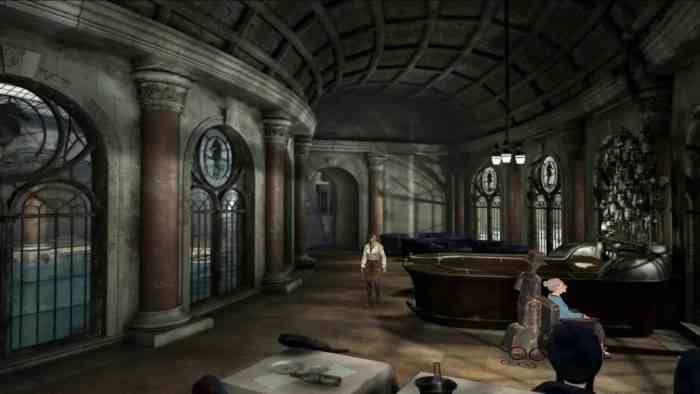 See? It doesn’t sound like a Switch game, but time will tell if Switch gamers embrace the variety of games. Syberia 1 coupled with Splatoon 2, I can see it now.

Check out the launch trailer below: