Get Back to Those Point and Click Days with Darkestville Castle

The good people of Epic LLama are bringing that vintage point ‘n click goodness to Steam with Darkestville Castle, an homage to Monkey Island and its ilk. Miss that cheeky humour, hand-drawn art style and clever gameplay? This game looks to have you covered. 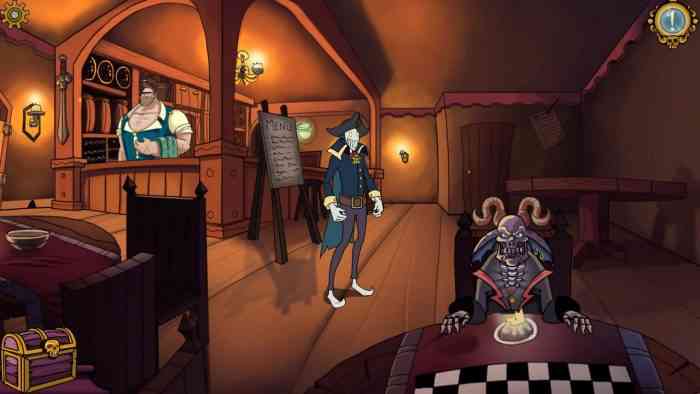 Darkestville stars a “laid-back being of pure darkness” named Cid. Content to mess with the locals every night, Cid is forced into a more serious conflict by the Romero brothers, a group of demon hunters hired by Dan Teapot. This oddly-named arch nemesis will lead our hero on a whole wacky journey. Presumably at some point there will be a ton of jokes about his last name.

If all of this sounds like a good time, know that Darkestville is coming to Steam in less than a week. September 21st, to be exact. Soon you’ll be waist-deep in off-colour humour and other such shenanigans. In the meantime there’s a trailer! It veritably drips with jokes. Absorb it into your brain post-haste!