Hope You Weren’t Too Attached to Her Ultimate

In the latest developer update from Blizzard Entertainment, Jeff Kaplan came forth to deliver news on upcoming changes to Overwatch. The latest changes deal specifically with the Mercy, one of the most played and beloved characters. As a prolific healer, she sees plenty of use in the multiplayer shooter and has seen very negligible alterations since the game’s debut. That’s about to change. 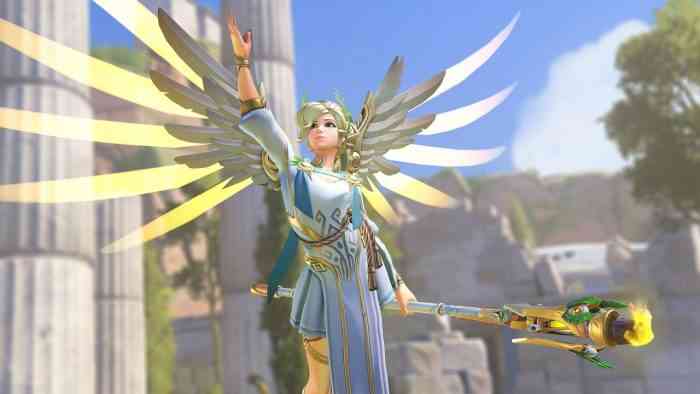 Firstly, Kaplan wanted players to note that Mercy is not being altered in any way that is detrimental to her gameplay. At least, that’s what the team hopes. But the changes are a direct response to how players have abused her in the game. Therefore, the following updates will be for the sake of encouraging more active team play on the part of Mercy players. Here’s what’s coming:

Mercy is obtaining an alternate ability. For console players, this is usually the move a character performs whenever they press left trigger on the controller. And that alternate ability is coming in the form of a single resurrect. With a long cool down period, she can repeatedly resurrect players on the battlefield.

So what does that mean for Mercy’s ultimate ability? It’s being replaced. According to Kaplan, Mercy’s Ultimate will now give her the ability to fly across the map; moreover, her healing and boosting range will increase dramatically. Better yet, her healing and boosting will channel to multiple characters, thereby increasing the entire team’s potential in combat. All this in conjunction with her single resurrection cooldown. Not to mention increased damage and fire rate from her pistol. As Kaplan mentions, the new build will likely appeal to offensive players (no pun intended).

Additional adjustments seem to be coming for the character of D.Aa, specifically dealing with her shield. You can view the full developer update below. And let us know your thoughts on the upcoming changes to Overwatch, whether you’re happy or upset. We’re curious.