Shu – Caverns of the Nightjars Impressions and Giveaway

Shu DLC – Caverns of the Nightjars Impressions and Giveaway!

Coatsink recently released Shu on the PlayStation Vita alongside the free Shu DLC, Caverns of the Nightjars, and have teamed up with us here at COGconnected to give away 3 North America codes. For those who have already entered, good luck! For those interested but have yet to enter, the contest details will be posted at the bottom of this post.

We previously reviewed Shu, and it was described as a “beautiful, frantic, and fun artistic platformer”. We had it reviewed for the PC, but I personally went hands-on with the PlayStation Vita version and agree wholeheartedly with that sentiment. On the Vita, the game ran smoothly and was a blast to play, with only one minor issue of relatively long load times. Other than that, the game had a good balance of hectic and peaceful moments. Furthermore, the game’s quick levels and frequent checkpoints make Shu a great game to play on-the-go as well as in shorter spurts. If you have a long commute or not a lot of time for a longer game, Shu perfectly fills that gap. 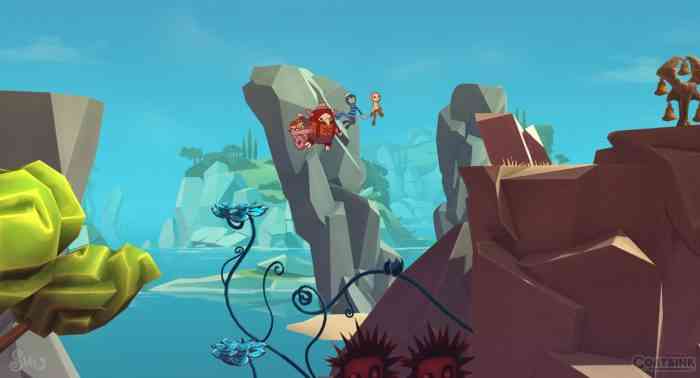 The Shu DLC, Caverns of the Nightjars, also released for free, featuring 6 new frantic levels for players. This DLC extends that game and brings new challenges and character combinations that remain constant with the original game in that the combinations are fun and the gameplay both hectic and soothing. In this DLC, players are provided the opportunity to use different combinations of abilities in increasingly difficult levels. While at times frustrating, it is equally satisfying when you reach that checkpoint or beat that level.

Whether you’re looking for a fun platformer or a collect-a-thon, Shu will likely have something for you to enjoy. As promised, the contest details are right here, enter now before time is up!