TaleWorlds Entertainment has been teasing us for quite some time with the undetermined release of Mount and Blade II: Bannerlord, but it seems we might be closing in on finally get our hands on this fantasy epic. Mount and Blade II will have a hands-on demo at this years E3 in Los Angeles from June 13-15.

TalesWorld Entertainment has brought the game to E3 in years passed but this will be the first time that attendee’s will be able to go hands on. The game is set to feature large scale battles with hundreds of combatants on screen at any given time with an intuitive combat system. Little else has been released about the game despite the odd gameplay trailer, so E3 2017 is poised to finally let gamer’s discover just what Mount and Blade II has to offer. 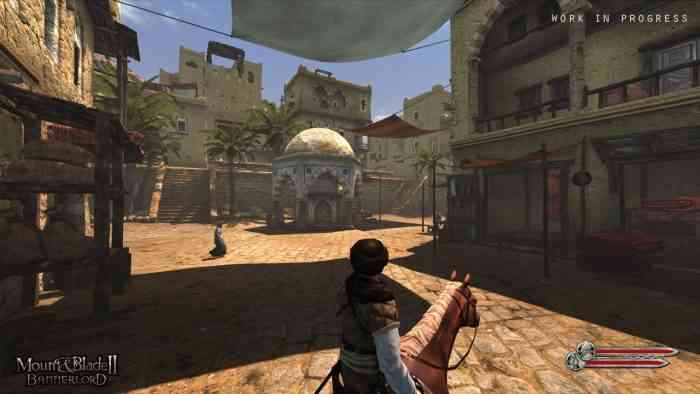 Armagan Yavuz, the CEO and Founder of TaleWorlds Entertainment is very enthusiastic about the games hands-on appearance at E3, saying: “Last year E3 was a tremendous success and learning experience for us as a company. This year, we have a great hands-on demo lined up and are thrilled to be giving visitors their best-ever look at Bannerlord.”

The original Mount and Blade recieved numerous accolades, including multiple places in PC Gamers “Top 100 PC Games of All Time.” While the sequel does not yet have a release date, the small amount of it we have seen looks to follow in its predecessors footsteps. For more information on Mount and Blade II: Bannerlord, check out the official website.

Are you looking forward to finally getting your hands on Mount and Blade II? What do you hope E3 will bring? Let us know on Facebook, Twitter, or the Comments section below.

Next
Catch Up on The Tekken Story with These Retro Recaps
Previous
Logo for Vietnamese Skin Care Company an Exact Match for Resident Evil?