Don’t adjust your screen, that is Palmer Luckey dressed as Quiet…

Here at COGconnected, we’re big fans of cosplay in all its forms. While we’ll admit that they usually feature attractive ladies like Jessica Nigri or characters like Final Fantasy XV‘s, Cindy we’re also fans of anything that bucks societal norms. That’s why we absolutely applaud Palmer Luckey’s rather saucy cosplay of Quiet from Metal Gear Solid V: The Phantom Pain at Machi ★ Asobi 2017 in the city of Tokushima, Japan. We all know who Quiet is, right? 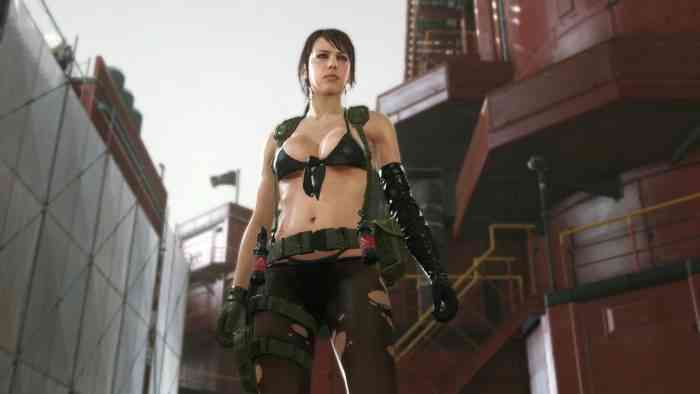 Palmer bravely threw gender norms into the wind and posted the fantastic costume up on Twitter over the past few days alongside his other Quiet playing cosplayer companion and girlfriend, professional cosplayer Nikki Moxxi. Let’s take a look, shall we?

.@PalmerLuckey and I as Quiet at マチ☆アソビ! Wait until you see our next couples cosplays…

Was that everything you dreamed it would be? If not, don’t you worry… there’s so much more!

.@PalmerLuckey is enjoying his time away from Facebook PR pic.twitter.com/GkkuyAHR93

Palmer clearly enjoyed his time in Japan as evidenced by how much fun he had getting his picture taken.

It would appear that @PalmerLuckey is having a quite a good time in Japan. pic.twitter.com/pLLngftZzM

Good on you, Mr. Luckey! The response to Palmer’s cosplay of Quiet was overwhelmingly positive with many tweets calling him extremely brave to rock that outfit as proudly as he did. We couldn’t agree more.


Don’t Miss Out on The Talented NisaLina Cosplay

Jenna Lynn Meowri’s Cosplay Is Too Beautiful To Miss