If you’ve ever found yourself wishing you could be a brightly-colored, explosive, cube-shaped robot out in public, boy do we have some good news for you! SMG Studio’s co-op multiplayer experience, Death Squared, is on its way!

This past March, Death Squared had a very successful launch on the PS4, Xbox One, and PC, leading SMG Studio to announce that the explosive multiplayer puzzle-solver will be making its way onto Nintendo Switch during Q2 of 2017. For those unfamiliar with the title, up to four players can co-operatively work together to transport explosive cube robots through increasingly difficult and challenging puzzles. Objectives, traps, switches and more must all be activated by the corresponding colored player in a game where communication with your teammates is key.

The game is designed to encourage teamwork and problem solving skills through trial and error and is sure to be a much-loved couch co-op experience. SMG Studio’s stated the game was originally designed to be an experience that any player of any skill level could jump in and play, and they are optimistic that Nintendo Switch is the perfect platform for Death Squared to transition to, given its multiplayer and mobile capabilities. 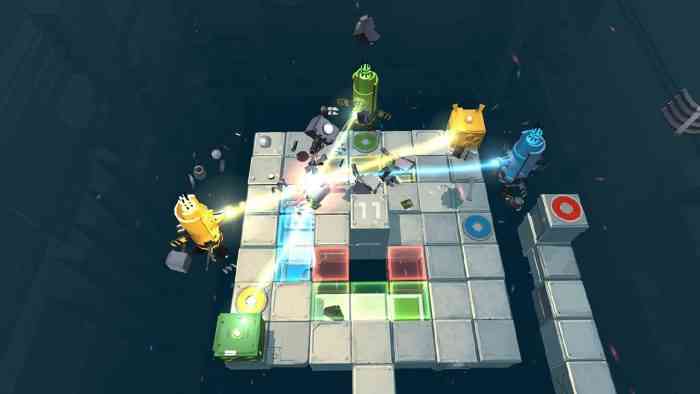 Support for the Nintendo Switch has been growing exponentially since launch, with high sales and an ever growing library, Death Squared will make a welcome addition to the Switch. For more on Death Squared, check out their official website here. Are you interested in taking this title on the go with the Switch? Let us know on Facebook, Twitter, or the Comments section below.

Stadia Hurting Because Google Isn’t Incentivizing Devs
Next
New Discoveries Await in Empathy: Path of Whispers – Coming to Steam
Previous
Witness a Ton of Alien Carnage in the New Launch Trailer for Prey