Lego Dimensions is known for using legendary licensed properties for its minifigs, with some series being recognizable only to the younger crowd (Lego Ninjago, The Simpsons, Adventure Time), a few for the young adult generation (Harry Potter, Jurassic World, Portal) and of course, those of us with a dire appreciation for the cult classics (Gremlins, Back to the Future, Dr. Who) and everything in between.  With the recent release of Dimensions Wave 8, Lego manages to hit each demographic again and this time with some truly unique features.

Chase McCain of Lego City Undercover appears for the first time in Dimensions, alongside his trusty police helicopter. The Lego City World he unlocks is a fairly good size, making great use of the helicopter itself with a variety of objectives and collectibles out of reach for those who prefer to stay grounded. There were a few cases of bugs: citizens would ask for help with what sounded like a legitimate quest, however no prompt to speak to them appeared. This could have been misleading dialogue to go along with the Police theme, but it seems a poor choice if that’s the case. Beyond a handful of such experiences, the Lego City world plays on all the typical cop jokes such as finding 30 donuts for the police commissioner as evidence, stopping random crime sprees with your net gun, and a delightful mission helping Albert Spindlerouter who spouts nonstop Arnie catchphrases.  What steals the show here is Chase himself: His secondary ability as an undercover officer is to change into a variety of disguises that afford him unique abilities. These disguises, however, are hidden throughout the Lego City World and must be discovered. Its great encouragement to delve deeper into the world and make Chase that much more useful in later missions/Worlds. 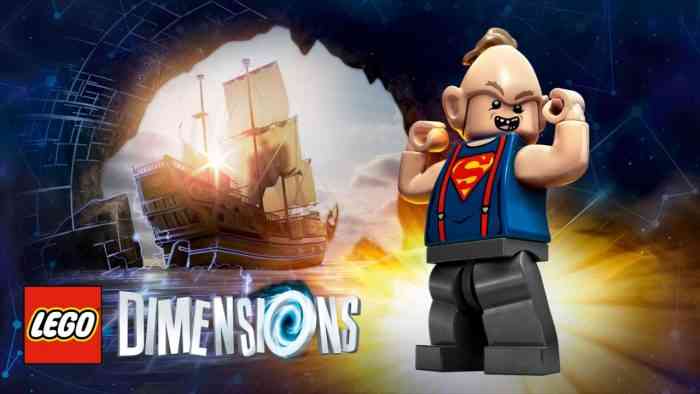 Of course the biggest draw to wave 8 is the Goonies Story Pack. You would be hard pressed to find a single person who has not fallen in love with this classic film, and I am happy to say the story pack delivers on the experience we were all hoping for. The level begins when Chunk first encounters Sloth, tossing him chocolate and becoming friends. From that point on, Sloth and Chunk are inseparable as they pursue the Fratelli family and try to save their friends. The dialogue between them is light and heart-warming, sure to illicit nostalgia as you travel through the caves on your way to One Eyed Willy’s ship.  Sloth of course has super strength with the ability to charge up a wicked punch. He can also dig up loose soil and throw chocolate bars at his opponents. Chunk (although limited to the Story mode itself) can crawl through small spaces, cut down vines with a pirate sword, fling scoops of rocky road ice cream and – yes – they have weaponized the Truffle Shuffle. The story is the perfect length, something you can comfortably sit down to play in one sitting and be happy to go back and play again. As it takes place in pursuit of pirate treasure, the level is packed with studs too; as in, I easily accrued over 400,000 studs.

For those who are big fans of the Goonies you’ll know there was a deleted scene where Data defeats an octopus with a radio – you can understand why it was deleted – but the octopus appears in all its glory, with references to how ludicrous it really is. As a vehicle, One Eyed Willy’s pirate ship looks great but doesn’t deliver much use until it can be changed into its secondary form – if you try using it on dry land the boat simply hops around. The Skeleton Organ is fun to use when you discover a platform it can interact with but otherwise is a much more niche item to have. While it can send out a shockwave it just isn’t effective enough to warrant being readily available on the table. 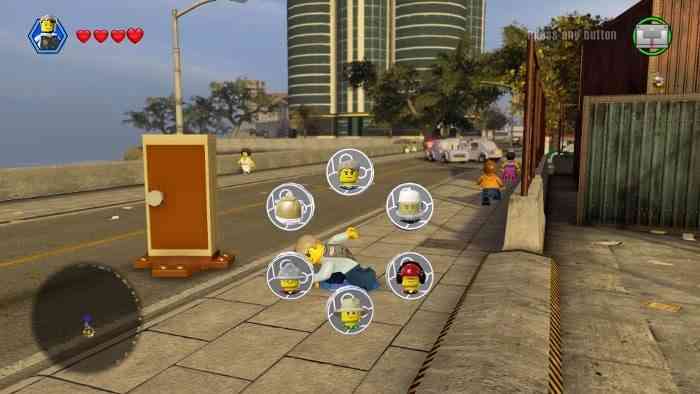 Lego Dimensions Wave 8 has brought us a wonderful story pack of nostalgia from a movie that absolutely suits the lighthearted nature of the Lego video games. Along with it, we get characters that introduce new abilities and useful skills that are sure to make them regular appearances on the coffee table.