Explore the Darkness of Cavernous Wastes on PSVR

PouncingKitten Games announced the upcoming release of their first person exploration title Cavernous Wastes, coming exclusively to PS4. The game sees you aboard the safety of your own personal ship with no memory of what happened or how you got here but you know it is imperative you simply get out. the maze-like caverns are lined with a variety of auto-turrets to impede your progress but it will also be interesting to see what other little tricks – and possible horrors – the game has in store for us.

With the tag line ‘The ship is Home. The ship is Safe. The ship is the key to escape’ we can already see the sense of mystery and dread Cavernous Wastes is meant to instill. The game is set to feature six degrees of freedom movement, the ability to upgrade your ship and unlock new abilities, and the recovery of your ships lost memories spread through out the network of caverns to discover exactly what happened here. Of course being a creepy, first person exploration game on Playstation 4 wouldn’t be quite complete without the option to play it in VR, which is a fantastic addition to the game but not required to play. 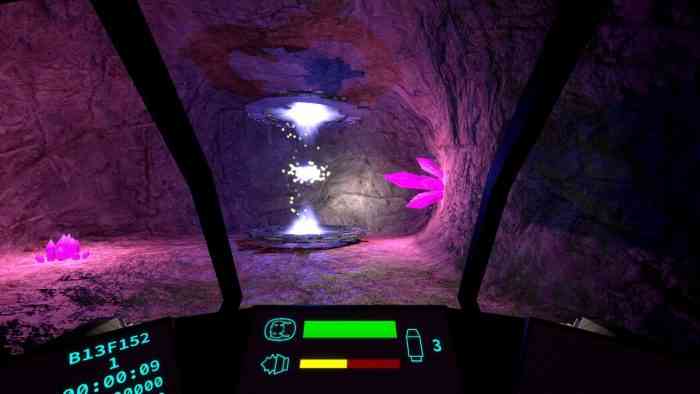 No official release date for Cavernous Wastes has been announced yet, leaving us only with a “coming soon” tag on the developers website, which can be viewed here. PouncingKitten Games is an indie developer focusing on unique gameplay experiences. They have developed games on Flash, Xbox 360, and Nintendo 3DS, with Cavernous Wastes being their first title on modern consoles, and clearly their most ambition project yet.

Do you think Cavernous Wastes may have a few hidden gems to discover? let us know what you think about this first person experience on Facebook, Twitter, or the Comments section below.