Battlefield 1: In the Name of the Tsar DLC Announced

Historical first person shooters have been predominant in the genre as of late, leaving many fans feeling a bit exhausted on replaying the same old battles in different games. The genre needs something new to grab its audience, be it an all new game or some revitalizing DLC that stops us from seeing the same muddied trenches over and over. Luckily, that is right around the corner! 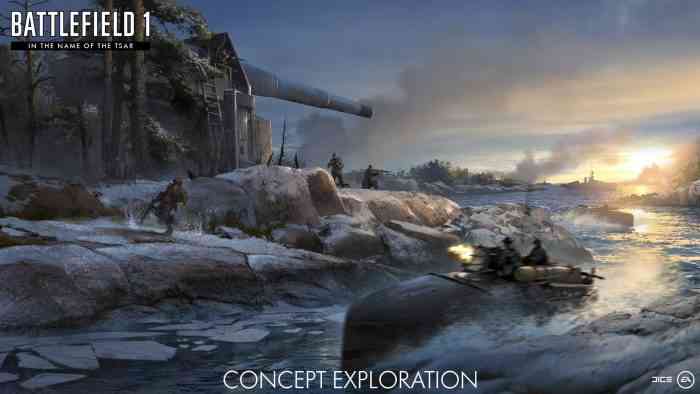 EA Studios has announced the latest DLC pack coming to its highly successful Battlefield 1, entitled: In the Name of the Tsar. Players will (finally!) find themselves straying away from the western front and into the harsh terrain less commonly explored in video games: Russia. Players will “partake in the skirmishes of the Albion assault in a freezing archipelago and fight in the snow covered ravines of the treacherous Lupkow Pass.” It will be interesting to see how the change in terrain plays an effect on tactics, not to mention what is sure to be some beautiful snowy landscapes set as a haunting backdrop of war. This is all part of EA’s “Summer of Battlefield” in which each month the game is updated with new maps, weapons, and more. For more information on the Summer of Battlefield, click here

On June 10th, In the Name of the Tsar is scheduled for a first look at EA PLAY – both for those in attendance and online – before the DLC’s launch later this summer.

Are you interested in attending EA PLAY this year to see the new Battlefield 1 content and whatever other surprises EA has in store? Simply go here to get your tickets.

Dying Light Is Getting Another Year of Free DLC
Next
Bethesda’s Pete Hines Defends Their Trademark Dispute on Twitter
Previous
According to Activision Call of Duty: WWII and Destiny 2 Pre-Orders Off to a Great Start