One week out from release, XSEED Games has released a new trailer for Acquire’s upcoming PlayStation 4 and Vita role-playing game. Called Akiba’s Beat, the game revolves around a large cast of characters that are trying to get out of a Groundhog’s Day type scenario where a Sunday continually repeats itself in Akihabara. 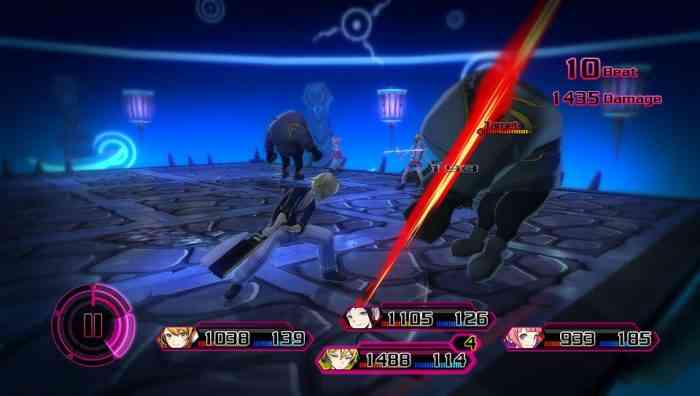 In order to break the delusions of Akihabara, the main cast will need some help. This comes in the form of the game’s game’s support characters, many of whom work at various maid cafés around the city. During battles, these maids will help out by casting various buffs (healing, attack boost, energy) on the party. To learn more about these helpful allies, check out the trailer below:

The three characters shown off in the trailer are Moé Suzumori (who is voiced by Alexis Tipton), Yoshino Saionji (played by Lauren Landa), and Kanata Saotome (voiced by Karen Strassman). The upcoming role-playing game features dual audio support, which means that players have the choice to play in English or with the original Japanese voices. Every single line of dialogue in the game has received voiceover, which is quite the impressive feat considering the game features over 22,000 lines of dialogue.

While not directly connected, Akiba’s Beat is the spiritual successor to 2013’s Akiba’s Trip. Unlike the action-adventure game that had players ripping off the clothes of enemies (because they’re vampires, of course), this follow-up is an action role-playing game featuring gameplay similar to the Tales series. As its name suggests, music features heavily into the game’s themes, and players can even blast music in order to get an edge in the game’s combat.

Akiba’s Beat releases May 16, 2017 in North America for PlayStation 4 and Vita. A European release follows three days later on May 19.

Lord of the Rings: Gollum Creators Acquired by New Company
Next
STRAFE Movie Trailer and Game Released Today
Previous
Sony Santa Monica and Ubisoft Games up to 80% off on PlayStation Store