Your Royal Gayness launches their Kickstarter campaign with a bang, giving supporters a month to fuel their independent fairytale parody endeavors. What’s with the title name though? Well, Your Royal Gayness features a stunning gay prince named Amir who has to shoo away multiple requests for his hand in marriage from a barrage of princesses who want to settle down, all while keeping his sexuality under wraps so he doesn’t reveal his beaming Royal Gayness to his staff or subjects. 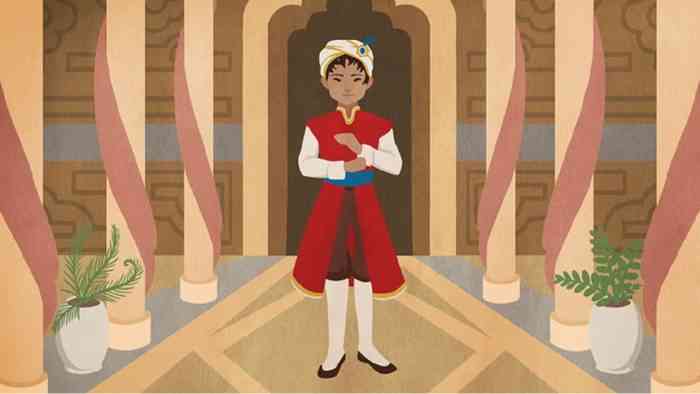 Finnish developer Lizard Hazard Games is developing the game in order to address the “absurd situations sexual minorities have to face in their daily life through humor” and also the difficulties of finding a partner when your society pretty much forces you to be trapped in the closet.

While living your life as Amir, you must run your Kingdom while your parents are away. Through story-driven resource management, make large decisions about the direction of your Kingdom while consulting advisors, acting out special story events, and, of course, tactfully defend yourself from marriage proposals from the onslaught of princesses waiting to be wed.

Many diverse princesses will put themselves out for marriage, and some may even propose directly to Amir, but since you’re not into them and live in a world that just isn’t accepting of your sexuality, you must listen carefully to their likes and dislikes and come up with a convincing reason as to why you just can’t marry them. If you don’t pay attention or your reason isn’t convincing enough, people will start to become suspicious as to why you’re rejecting every single woman that walks your way, and you’ll have to reconvince the public that you actually like girls you just haven’t found the right one yet. Yikes.

But never fear, Amir might find himself lucky in love one day! An actual romance mechanic is being planned out, where you can find potential love interests, determine their sexuality, and make your suave, prince-y moves on them.

Lizard Hazard Games looks to gather $5,500 for the project, with about half of that ($2,662) collected at the time of this article’s publication and aims to publish the Your Royal Gayness in August 2017 release date on Windows PC, Mac and Linux.