Yandere Simulator Banned From Twitch; Developer Lashes Out Then Back-Pedals

Yandere Simulator is a stealth action game currently in development and to be published by Yandere Dev. The game centers around a lovesick schoolgirl named Ayano Aishi who has taken it upon herself to eliminate anyone she believes is monopolizing her crush’s attention. The game was recently banned from Twitch and last week Yandere Simulator’s developer lashed out. Well, this week the developer is doing some back pedaling as he tries to find some common ground with Twitch over the ban of his game. 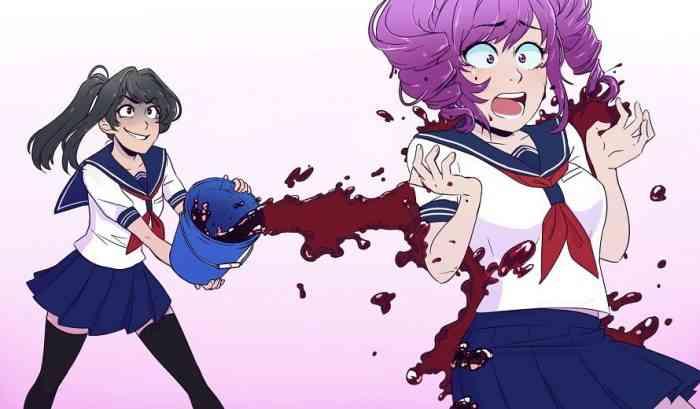 Last week, Yandere Dev posted a critical video which addressed the ban of the game from streaming on Twitch. Today, the developer posted a new one, looking at the whole incident from a different perspective, and trying to find understandable reasons why Twitch could have banned the game. He’s also eating a little humble pie. Have a look at the video below:

At the time of writing we do not know whether Yandere Dev’s videos have reached Twitch. So at this point, we do not know if Twitch will reconsider the ban.

You can download the current build of Yandere Simulator for PC here.

When the game was initially banned from Twitch, the developer released this statement:

“It’s also been about 16 hours since I sent an e-mail to Twitch directly, asking for more information. They haven’t responded yet, but to be fair, I don’t know the average turnaround time for a response from Twitch. They might get so many e-mails that it takes them weeks to reply to someone.

If Twitch’s problem with Yandere Simulator is something innocuous, like the easter egg that turns schoolchildren into naked giants (similar to the creatures from the popular anime Attack on Titan) then I would have no problem covering up the characters’ nudity with “skinless” textures to resemble the skinless Titans from the show. However, if Twitch has a problem with one of the game’s core mechanics, such as panty shots or bullying, then we’ll be at an impasse, because I don’t want to remove entire features from the game.

It’s possible that Twitch might have a problem with the game’s school setting, and a school-aged character killing other school-aged characters. This isn’t going to change, so if that’s the problem, Yandere Simulator might remain banned forever. I would be willing to set the character’s ages to “???” and I would be willing to set the game in an ambiguous “academy” rather than an outright “high school” but I doubt that this would change Twitch’s mind if they simply don’t like the idea of a game that allows slaughtering students in a school setting.

It is, indeed, very frustrating that Twitch is not clear about exactly what makes a game inappropriate for their service. Some of the games on their “prohibited games list” are undisputedly pornographic in nature, but a few of them are almost harmless compared to the content visible in GTA5 or The Witcher 3: Wild Hunt. It would be very nice if Twitch clearly stated why each of the games on their “banned game list” is prohibited.

I’m not sure whether or not there is currently any precedent for a game getting removed from Twitch’s ban list, but I’m holding onto hope that Twitch will be willing to reverse their decision.”