Twisted Metal Had a Baby with Rocket League, and She Turned out to Be a Sci-Fi Nerd Directed by Michael Bay, Hence Crash Force

A new title by indie developer Ascanio Entertainment, players battle to the death in a brawl of vehicles. But not just any vehicles, hovercrafts. Wreak havoc in ceaseless explosions, receiving bullet holes from one arena to the next. For those who’ve been searching for that “Michael Bay Style” fix, here may be the shooter for you.

More than a typical shooter, Crash Force combines gunplay with RPG and racing elements. As it currently sits, the game offers three factions, nine hovercrafts,and three maps. Hovercrafts are class-based, so each class offers unique benefits. Customization options expand with the player’s skill tree, so there’s plenty of ways to make your craft uniquely yours. At the same time, attack, defense, and utility buffs are applicable with every 30 levels and vary per class. So-called “Master Attributes” expand the ability pool, granting unique, possibly game-changing abilities to your designated craft.

Then ride your craft into one of three team games: Team Showdown, Capture the Flag and Control the Nest battle arenas that can be played in 3v3, 4v4, 5v5 and 6v6 mayhem. And, of course, the solo game: One Man Wolfpack, where 6 to12 players battle it out to prove who can dish out the most Michael Bay fireworks. Except, surviving the gauntlet of vehicles will require as much strategy as gun accuracy. 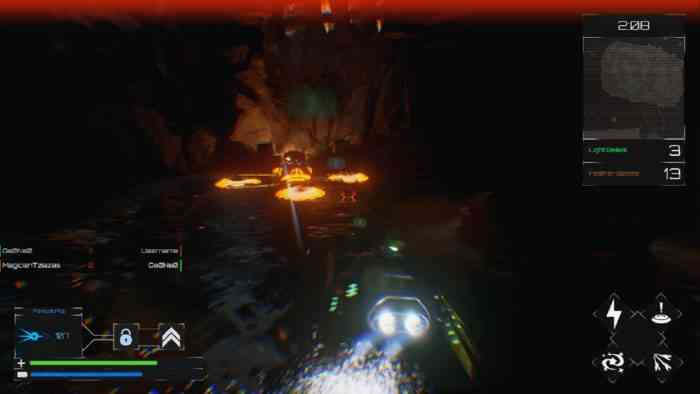 We know there’s more to come and that Crash Force is a work in progress. Ascanio has set its release for PC and Xbox One on April, 2017. However, the game is currently available on Steam Early Access for $29.99. So if it seems right up your alley, you can visit the Steam store and check it out January 20. Since we expect to learn more in the days to come, feel free keep an eye out with COGconnected. Happy gaming.