A Release Date for Legend of Zelda: Breath of the Wild Has Been Set According to New Advertisement

Release Date Details for The Legend of Zelda: Breath of the Wild 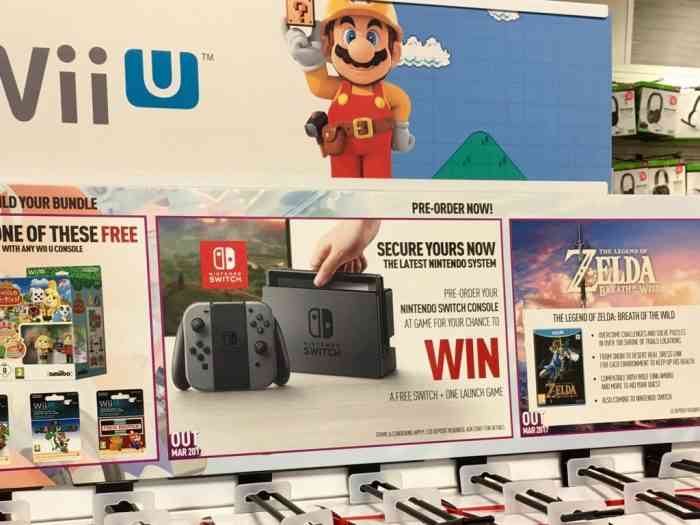 The Legend of Zelda is going to be released for the Wii U and the Nintendo Switch next year, and much earlier than we might have thought. According to a GAME advertisement posted by Reddit user PMurphy1978 earlier today, the game will hit stores in March 2017! It seems that while many thought the game would not release until months after the launch of the Nintendo Switch, the game might be among the console’s launch titles.

While the exact day of release has not been confirmed, if this advertisement is to be believed, at least we now have a general idea of when we might need to take a few days off work. Oops, we mean a general idea of when it will hit stores. The game is being used by Nintendo to showcase the Switch, so hopefully they will be released together! Interestingly, on Amazon the Wii U version of the game is dated for release on March 31, 2017. There definitely seems to be more than just a rumour.

Keep it locked for all the Legend of Zelda: Breath of the Wild news and details as they become available.

Saudi Arabia buys Significant Portion of Nintendo, for Some Reason
Next
PS4 and 3DS Hugely Popular in Japan Over the Week of Christmas
Previous
PC Game Deals of the Week: Amazon Has Huge Digital Game Sale