Leaks are happening so often these days that one has to wonder if they’re actually leaks at all. Here at COG we’re beginning to think these are more like carefully orchestrated events designed to build up hype before the official (and inevitable) announcement. No matter, we want to know it all anyways! The most recent oopsie-daisy to hit is the reveal of Left 4 Dead 3 leaked by a Valve employee, who ‘accidentally’ posted a screenshot of his desktop that included a folder pertaining to the as yet unannounced sequel. 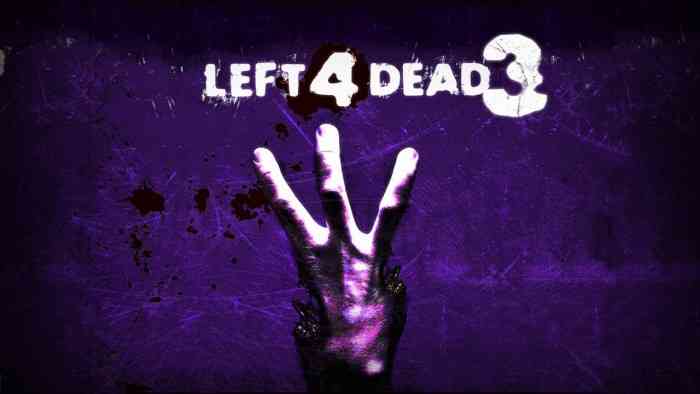 Tristan Reidford is a conceptual artist for Valve and apparently made the boo-boo after he posted a tutorial for importing assets to Valve’s new Destinations platform. In the tutorial was a screenshot of some of his recently viewed folders with one very clearly titled… wait for it… left4dead3. Of course, after this was noticed by people the screenshot was removed in a hurry and replaced with a different screen that only featured Reidford’s default folders.

What makes this even more curious (and more likely that L4D3 is incoming) is when you consider that Left 4 Dead 2 beta has been updated several times as of late, alongside it being Reidford’s most-played game in the past few weeks. This would lead to speculation that Valve has in fact been working on Left 4 Dead 3 in the most inconspicuous manner possible, under the moniker of the last game in the franchise, in order to avoid anyone catching on. It would seem rather odd that Reidford is suddenly interested in a game 7-years old, so if not the lat scenario, perhaps he’s playing the game for inspiration on the possible sequel.

Regardless of the reasoning, it seems pretty convincing that we’re going to see Left 4 Dead 3 announced sometime in the near future. Keep it locked to COGconnected for more information as we have it.