The Legend of Tarzan Opens Up to Poor Review Scores

The Verdict Is In, Tarzan Needs To Go Back In Hiding

The Legend of Tarzan opens up in theaters nationwide on July 1st. Just in time for the movie’s release, a bunch of reviews surfaced across media outlets and the early scores are not good.

At the time of writing, the movie is averaging a 43/100 on Metacritic. That isn’t exactly a welcome return to the Congo for Tarzan. The average score of 43 is with 35 total reviews in, so that is a good collection of critics weighing in. There should be a few more by the end of the weekend but we don’t anticipate the average will move a great deal from its horrible existing score. There is no question this is not a good start for a movie many were looking forward to.

Entertainment Weekly gave the movie one of the more positive scores and said this:

“And how is Skarsgård? All sad eyes and fiberglass abs, he hardly speaks; there’s more dialogue implied by his deltoids than the scant mutterings the script allows him. But he does look fantastic, and the equally pretty Robbie works hard to bring some feminist nerve to her handcuffed-damsel role. Though the film was shot almost entirely on a London soundstage, it rarely misses a chance to pan a sweeping shot across lush forests and glistening waterfalls and amber waves of Congolese grain; there’s a whole lot of post-production magic here—especially in the Noah’s Ark of exotic animals that stand by ready to heed Tarzan’s beck and call, like eager extras on the set of Madagascar. The audience will eventually get more than one bellowing dose of that trademark yodel, plus multiple scenes of gymnastic vine-swinging. You just wish—after two solid but oddly joyless hours—that Legend strained less to hit its marks, and swung a little more.”

The Wall Street Journal gave Tarzan a score of 10. Yikes! They said this:

“The most consistent source of gleelessness turns out to be the special effects, which are as dispirited, and dispiriting, as those in “The BFG” are elating. They consist mainly of off-the-shelf swarms of computer-generated animals that look exactly, wonder of wonders, like computer-generated animals. No grace, no surprises, no individuation, just swarms that swarm in the disembodied tradition of “Jumanji.” And when Tarzan takes to the trees in his inevitable effort to rescue Jane, his digital surrogate is seen mainly in murky, furtive glimpses that made me yearn for the gorgeously fluid and forthright animation of Disney’s 1999 “Tarzan,” which freed its hero from the twin bonds of gravity and reality, and brought him to life in the process. How’s that for gleeful paradox?” 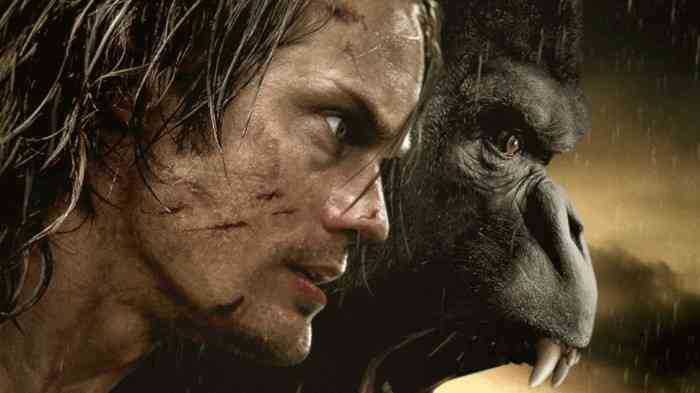 Variety gave a score close to the meta-average and they said the following:

“To the extent that modern audiences accept the character as a sort of proto-superhero, Tarzan’s “powers” rank way down there with those of Aquaman: He’s super-strong, agile, and can speak to animals, having mastered the mating calls of nearly every African species. Whenever Tarzan shares the screen with animals, however, the critters look appallingly digital — with human actors not even bothering to look in the right direction much of the time (consider the scene when Mbonga’s men are surrounded by gorillas, reacting as if to invisible ghosts). It’s a glaring problem, given all the attention Yates poured into crafting a believable context for what amounts to a glorified B movie. As a brand, Burroughs’ hero has always been schlocky, and no amount of psychological depth or physical perfection can render him otherwise — especially if the filmmakers can’t swing a convincing interaction between Tarzan and his animal allies. That dynamic — along with his full-throated yodel — has always been Tarzan’s trademark, but in this relatively lifeless incarnation, it simply doesn’t register.”

Will you see the movie? What do you think of these early scores? Tell us in the comments below.