E3 is officially a wrap but the gameplay footage from the past week keeps rolling (no pun intended….) in at a fever pitch. EA has recently released some live gameplay from Battlefield 1 during its E3 live stream. During the event/live stream, which was held at EA Play during E3, EA brought out of a bunch of local celebrities including Zac Efron, Jamie Foxx, Terry Crews and Snoop Dogg. All the celebs appeared to be enjoying themselves. Snoop Dogg in particular really appeared to be enjoying himself as he is seen smoking a joint like a boss while playing the game. 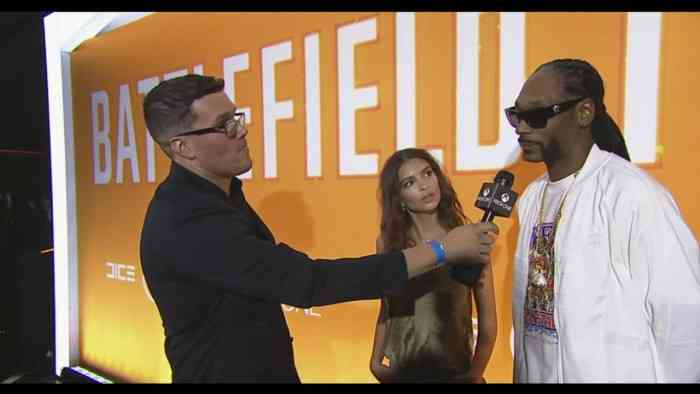 Host Jose Sanchez even commented that it was “a little cloudy in the building.” Zac Efron and Jamie Foxx both looked a little high as they were both interviewed by Sanchez.

Foxx remarked the two things he is taking into battle is “courage and hempf.” We have no idea what “hempf” is but I don’t think Foxx would recall much of that interview if we reached out for comment.

Take a look at the tweet below where Snoop is blazin’ away while playing a little Battlefield 1 multiplayer.

Fun times were had, now don’t you wish you were there?

Electronic Arts Confirms: Battlefield 6 Will Be On Current Gen Consoles
Next
Mighty No. 9’s Keiji Inafune Shows Insane Disrespect for His Backers
Previous
Minecraft: Wii U Now in Stores Including Mario Mash-Up Pack