Ubisoft has just given an update on when to expect full reviews for Tom Clancy’s The Division. Seeing as the real experience requires servers full of other players it makes sense that this is the move they’re making, but reviewers will not have access to the game until it goes on sale to the general public. From the Ubi Blog:

With the launch of The Division just a week away, we thought it was a good time to update you on exactly when servers will go live and when reviews will start to come out.

The Division was always designed to be a seamless online experience, giving players the option to play solo or group with fellow Agents to tackle missions and infiltrate the Dark Zone as a squad. Thanks to the feedback and participation of a record-setting beta 6.4 million players in the beta, we know many of you took up arms with others and saw first-hand how The Division’s unique gameplay experiences were brought to life by a large and active player population.

Since it’s impossible for us to populate the servers in a way that would adequately replicate playing The Division on launch day, reviewers will start playing the game along with everyone else when it’s released on March 8 – after the servers go live officially at 00:01AM Australian Eastern Daylight Time (AEDT). We anticipate there may be some impressions posted online within the first few days of launch that were based on experiences with The Division Beta, and we look forward to seeing streams, videos, and opinions that provide accounts of final, in-game conditions.

Players who have purchased digital copies can begin preloading today for Xbox One; Thursday, March 3 at 6PM CET / 9AM PT for PC (Steam/Uplay); and March 6 at 00:01AM local time on PlayStation 4 – except Japan where it will be available on March 8 at 00:01AM.

We can’t wait for you to share these and other Division moments as you explore the streets and begin your journey to save New York City. Thank you for your continued support. 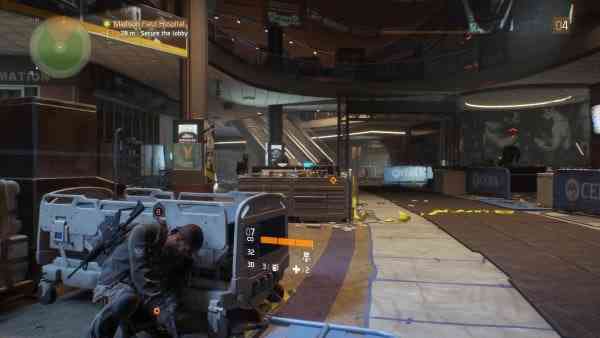 We can’t wait to get our hands on the final version of the game and you can look forward to impressions, tips and tricks and a final review from COGconnected in short order. Keep it tuned here.

Watch Dogs Legion Video Review – Play as Anyone, But Also No One

Far Cry 6 Delayed Until After March 2021

Horsing Around and Getting Drunk in Assassin’s Creed Valhalla Gameplay Video
Next
Mass Effect Andromeda Delayed to 2017
Previous
Xbox and Lamborghini Partner for the Next Chapter of Forza, More Details Will Be Announced at E3