Kirby: Planet Robobot: Invaders have mechanized Dream Land. To restore his home to its original form, Kirby must use their technology against them with the new Robobot Armor. The Robobot Armor can even destroy a variety of obstacles in his way. The Team Kirby Clash mode lets up to four players join forces to battle against powerful bosses. Players select one of four roles, and participate in a co-op quest to defeat a boss while supporting their team. Completing a quest earns experience points to level-up and grow more powerful. The game is compatible with a large variety of amiibo figures, and some give Kirby character-specific abilities. A new series of Kirby amiibo figures that includes Kirby, King Dedede, Meta Knight and Waddle Dee gives Kirby attributes specific to each character. Tapping the Kirby figure is the only way to get the UFO ability. The game and new amiibo figures launch June 10.

Metroid Prime: Federation Force: This next chapter in the Metroid Prime series is a first-person adventure fused with puzzle solving, focused on shooting and co-op gameplay. Players take on missions that tell the story of the battle between the Galactic Federation’s elite Federation Force unit and the Space Pirates. Each player must select and carry specific sub-weapons based on their preferred roles, then proceed to complete each mission. The game will launch in late spring. 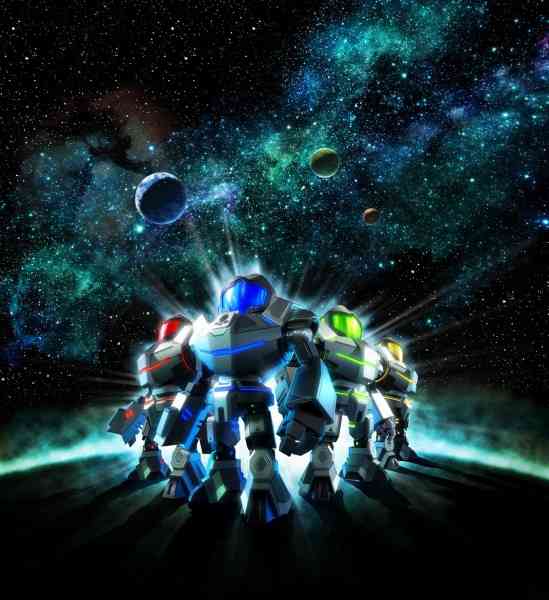 Rhythm Heaven Megamix: The game offers more than 100 rhythm games, 30 of which are new to the series. An additional 70 have been selected from previous games in the series, including the original Game Boy Advance title, which was never released in North America. The game launches later this year.

Disney Art Academy: Discover your inner artist to capture the stunning visuals of over 80 Disney and Pixar characters. With advice and lessons inspired by Disney art and Pixar animations, learn to use a bundle of different drawing tools to create Elsa and Olaf from Disney Frozen, characters from Disney Inside Out, Mickey Mouse and more! Even share your creations with your friends! Disney Art Academy launches May 13.

Hyrule Warriors Legends: The game launches March 25, at which point players can buy a season pass to get access to four DLC packs and a bonus costume for Ganondorf. These packs will also be available for purchase individually in Nintendo eShop during the next few months. A transfer code will allow purchasers who also own Hyrule Warriors for Wii U to use Ganondorf’s Trident weapon and play as the five new characters from Hyrule Warriors Legends in the Wii U game. Medli from The Legend of Zelda: The Wind Waker will be available as a free download when the first DLC pack is released.

Bravely Second: End Layer: A free demo of the game hits Nintendo eShop on March 10. Playing the demo will earn play bonuses that players can transfer into the full version of the game when it launches on April 15.

Dragon Quest VII: Fragments of the Forgotten Past: Travel to the past to save the present in this classic Dragon Quest adventure that has been completely remade from the ground up for Nintendo 3DS. The world has been rebuilt, the characters have new 3D models and the story has been completely re-localized. Even customize your party with over 30 classes and rank up in turn-based battles to learn new spells and abilities. The game launches later in 2016.

Fire Emblem Fates: Revelation: This third path in the story reveals many secrets not available in the Birthright or Conquest versions. On March 10, players can purchase Revelation for $24.99. Once purchased, a third option will appear at the Branch of Fate moment of the game: “Refuse to Choose a Side.” Today two new maps (Museum Melee and Ghostly Gold) are being released for purchase in the Dragon’s Gate in-game DLC shop, with Royal Royale launching on March 17. After March 17, additional maps will be released on a weekly basis through April 21.

Virtual Console Update: Super NES games are coming to New Nintendo 3DS and New Nintendo 3DS XL systems. At the conclusion of today’s Nintendo Direct, Super Mario World, F-Zero and Pilotwings will be available, mirroring the original Super NES launch lineup. On March 24, Donkey Kong Country, Super Mario Kart and EarthBound will join the lineup. And on April 14, watch for The Legend of Zelda: A Link to the Past, Super Metroid and Donkey Kong Country 2: Diddy’s Quest. The New Nintendo 3DS hardware enables Perfect Pixel Mode in these versions, which gives players the option to display the games in their original resolution. Find a full listing of Virtual Console titles at Nintendo.com.

Azure Striker Gunvolt 2: Gunvolt’s rival Copen joins the fray as a playable character. Players can dash into enemies to lock on to them, then unleash a devastating homing shot. Copen can also copy the abilities of all seven new boss characters and use them as his own. The game launches this summer. In the meantime, the original Azure Striker Gunvolt game is available for $10.49, now through June 1.

Pocket Card Jockey: Solitaire meets horse racing – really! Game Freak’s new mashup puts players in the saddle as a jockey who must complete a fast-paced, simplified version of solitaire to propel the horse through intense races. It’s all about leveling up the horse through strategic positioning and placement on the track. Over time, players can win trophies for high-ranking races to secure sponsors. The game launches in May.

Mini Mario and Friends amiibo Challenge: Tap an amiibo figure on the Wii U GamePad controller or New Nintendo 3DS system (or to a Nintendo 3DS, Nintendo 3DS XL or Nintendo 2DS system using the Nintendo 3DS NFC Reader/Writer accessory) to guide one of 11 minis across more than 60 levels. Players can tap any compatible amiibo figure. Or, by tapping specific amiibo figures, players can guide minis that have exclusive level sets or their own unique abilities, like mini Mario’s wall jump or mini Yoshi, who can eat enemies. It will be available to download for free from Nintendo eShop on April 28.

Isabelle amiibo Figure: In June, Isabelle will be available separate from the Animal Crossing: amiibo Festival bundle, in her winter outfit. A new Isabelle figure featuring her summer outfit is also coming. Both figures launch on June 10.

Rainbow Billy: The Curse of the Leviathan Review – A Colorful Tale
Next
Pre-Orders for Baldur’s Gate: Siege of Dragonspear Expansion Now Available
Previous
Masquerade: The Baubles of Doom Coming to PC, PS4 and Xbox One on April 20