In a new Nintendo Direct video, Nintendo revealed new games on the way for its Wii U and Nintendo 3DS systems, as well as additional details about previously announced titles.

To view the Nintendo Direct video in its entirety, visit http://www.nintendo.com/nintendo-direct.

Some of the highlights revealed in the video include:

Star Fox Zero: Fox McCloud returns in an action-packed new adventure. Multiple paths branch out to give players plenty of places to explore, and each route gives them a completely different experience, with each battle posing its own set of unique challenges. Players will notice their skills get better and better over time, as they become top-notch pilots. In two-player mode, one player can fly the Arwing while the other player aims and shoots. The game launches April 22. The packaged version comes with a Star Fox Guard game disc at a suggested retail price of $74.99 while the digital version of the game can be purchased by itself from Nintendo eShop for $64.99. 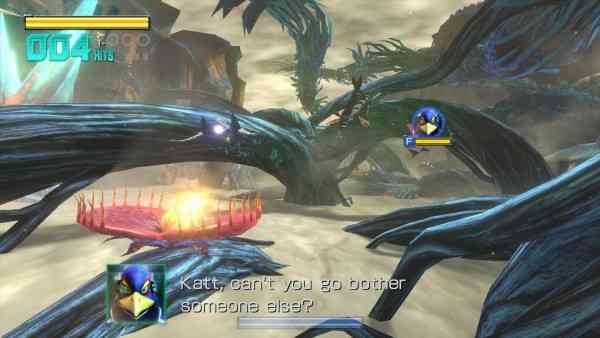 Star Fox Guard: Players set up 12 cameras to find and defeat enemies who are attacking the mining site of Slippy Toad’s uncle, Grippy Toad. The game includes about 100 stages, but players can also create their own stages by editing the placement of enemies and uploading their levels online. The only way to get the physical version of Star Fox Guard is by purchasing the packaged version of Star Fox Zero. The game can also be purchased by itself from Nintendo eShop for $19.99. Customers that purchase the digital version of either Star Fox Zero or Star Fox Guard will receive a $10.00 Nintendo eShop discount toward the other game.

Paper Mario: Color Splash: Prism Island is being drained of its colour and it’s up to Paper Mario to stop it! Use Paper Mario’s paint hammer to splash paint on anything it hits and bring the colour back to the island in this new action-adventure game. The game will launch later in 2016. 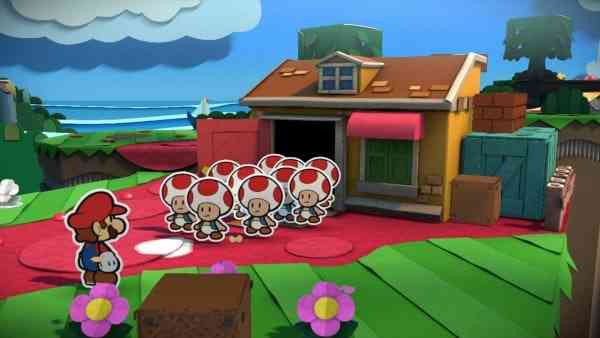 Super Mario Maker: More than 6.2 million courses from players around the world are available for others to play, and now a free March 9 update will add a Super Expert mode to the 100-Mario Challenge. The mode is unlocked after players clear Expert mode. Super Expert Mode dishes out six extremely tough courses. Additionally, 12 new Mystery Mushroom costumes have been added to 100 Mario Challenge. The update also provides level creators with even more tools:

Mario & Sonic at the Rio 2016 Olympic Games: The Wii U version of the game launches on June 24 and includes two events new to the series: Rugby Sevens and Rhythmic Gymnastics Clubs. Every event in the game takes place in locales modeled after the actual venues in Rio.

Splatoon: The hit multiplayer game is getting more updates. An update on March 8 balances some gear abilities to improve some of the lesser-used ones and make them more appealing. Additional tweaks to matchmaking, Ranked Battles and Splatfests aim to improve the overall user experience. Another update arrives in two waves, with the first coming in April. It will adjust some existing weapons and add new weapon set recommendations as “Sheldon’s Picks.”

Tokyo Mirage Sessions #FE: Slay monsters—and slay like a pop star—all at the same time, in this brand-new RPG from acclaimed developer Atlus. A sinister force from another dimension has invaded modern-day Tokyo, resulting in a fantastical barrage of style, fashion, music and, of course, danger. So play to your strengths in high-energy turn-based battles, then fuse items to craft powerful weapons and crush your foes. Around every corner you’ll find fan-service—including Fire Emblem references—original songs by Japanese entertainment giant Avex, dungeons themed after the entertainment industry and eye-catching music performances. The one-of-a-kind game launches June 24.

LOST REAVERS: BANDAI NAMCO’s latest free-to-play online co-op action game asks players to team up with other adventurers online to fight zombies and solve puzzles as they search for valuable treasure. As players complete missions, characters will level up, unlock additional skills and increase their in-game funds to acquire new weapons. An open beta version is launching April 14 with the full version coming to Wii U on April 28.

Click on through to page 2 for all the new 3DS announcements.

Rainbow Billy: The Curse of the Leviathan Review – A Colorful Tale
Next
Pre-Orders for Baldur’s Gate: Siege of Dragonspear Expansion Now Available
Previous
Masquerade: The Baubles of Doom Coming to PC, PS4 and Xbox One on April 20