For Deponia Doomsday, the latest and biggest instalment yet of the popular adventure saga, Daedalic Entertainment has continued their long standing cooperation with London based voice recording studio OMUK.

Mark Estdale, Voice Director of OMUK had this to say about the game’s recording sessions “The cast turned up grinning for their sessions and left laughing. And having David Hayter bring some Solid Snake magic to  a stunning cast that draws from so many favourites is truly magical. They come from Bond to the Bourne Ultimatum, Star Wars to Dr Who, Red Dwarf to Judge Dredd, Mission Impossible to Captain America, Leon the Pig Farmer to Little Britain! The list goes on and on and and gets funnier and funnier but it is one that, for me, connects to the legend of Deponia, making it something very special.” 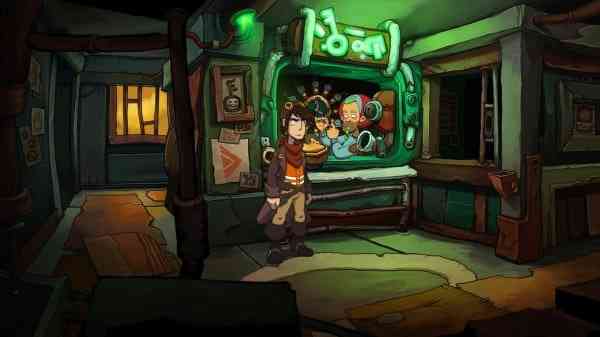 Cast for the over 70 new characters of Deponia Doomsday include:

That’s a lot of characters and a lot of talent! For more information on Deponia Doomsday check out the official announcement or check it out on Steam.

KAKU: Ancient Seal Will Release On PlayStation and PC In 2023
Next
The Flash – “King Shark” Review
Previous
The Top 10 Hottest Amazon Gaming Deals This Weekend, Counted Down