Well, the eSports 2016 season kicks off with a bang, as the ESL Counter-Strike: Global Offensive Pro League returns with US$1.5 million in prize money on the line for twenty-four of the world’s best teams. With what it says is a year-on-year prize pool increase of 50%, this eSports league just keeps gaining momentum each year. The ESL Pro League generated over 100 million sessions and almost 30 million hours watched in 2015, and ESL promises that steady growth is set to continue into the 2016.

“The ESL Counter-Strike: Global Offensive Pro League is levelling up this year: we’ll be working on enabling larger offline crowds to follow the action as players battle in matches that could define the rest of their lives,” said Ulrich Schulze, VP Pro Gaming at ESL. “But it’s not just offline audiences we’re aiming for – television broadcasts, a higher standard of online production, a continued emphasis on competitive integrity – these are just some of the things you will see this year.” 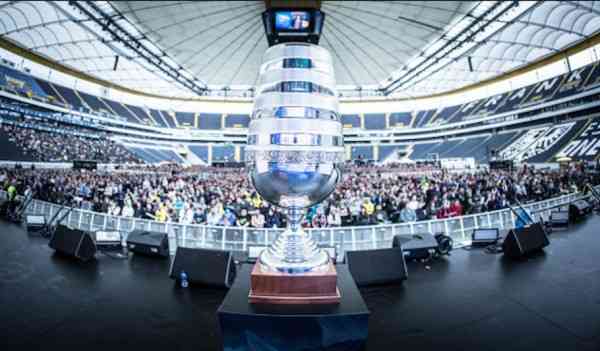 The international ESL Counter-Strike: Global Offensive stages showed multiple times in 2015 why eSports is so hot right now. ESL One Cologne provided the world’s largest and most-watched Counter-Strike event of all time, reaching a peak concurrent viewership of 1.3 million. This came just five months after ESL One Katowice, which was the first event in Counter-Strike’s franchise history to see concurrent viewership peak at over one million. These ESL mega events are set to return to screens and stadiums around the world in 2016 alongside the newly expanded ESL Pro League, with what ESL hopes to be even greater audiences.

Season One of the 2016 ESL Counter-Strike Pro League kicks off on February 9, with Finals to take place at an unannounced offline location in May, 2016. A total of US$750,000 in prize money will be paid out across the Pro League in these four months, to teams competing in the European and North American regions. That’s a lot of coin.

For a full rundown of the 2016 participating teams, qualifiers and more, please visit the official ESL Counter-Strike Pro League website.

Tekken and Mortal Kombat Have Parted Ways With WePlay eSports Events
Next
Punch Club Has Made $1 Million on iOS and Steam, Coming to Android Jan. 28
Previous
Dragon Ball: Project Fusion Is Coming to 3DS