Does VICE Go Too Far in Blaming Gamergate For Terrorist Photoshopping of Canadian Journalist?

In the aftermath of the Paris terror attacks, a worldwide search ensued for the perpetrators of this heinous act.  As is often the case, some innocent victims found themselves the targets of collective anger, despite their lack of involvement.

One of those was Canadian journalist Veerender Jubbal.  His image was photoshopped to look like he was holding a copy of the Koran, and that he had a vest of explosives on.  This picture was proven to be a doctored image, and in the original, Jubbal is holding an iPad and has no vest on.  The fact that Jubbal is Sikh was mistakenly equated with Islam, something that has often happened to Sikhs in the past when such incidents occur. 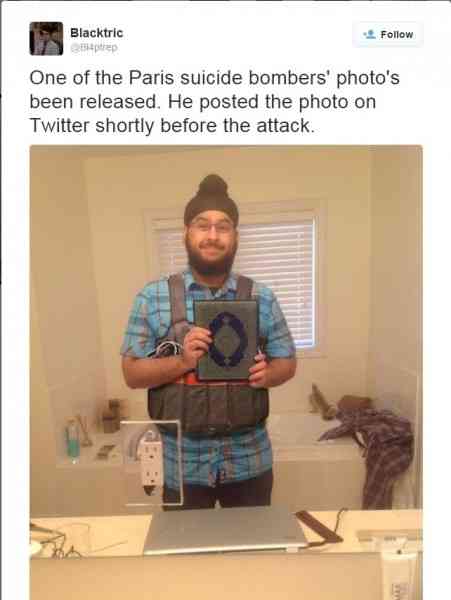 The effect on Jubbal was swift and terrible.  This innocent young man had his (doctored) image plastered all around the world.  Even major news outlets, who should know better, picked up and posted the image. France’s La Razon, for example, had Jubbal’s immage at the top of its front page, identifying him as a possible suspect in the attacks.

Now, VICE has dropped a bombshell, claiming that Jubbal was a victim of Gamergate, the loose movement of activist videogame players, who have sometimes been accused of harassing their opponents.  VICE says that the people who posted the doctored image, whom they identify as “turd_whatsniff” (TW) and “blacktric,” are Gamergate members; therefore, according to VICE, the Gamergate movement as a whole is to blame for the incident.

Is VICE correct in grouping the entire Gamergate movement in with these two alleged perpetrators?  That is a tough question.  It certainly doesn’t look good, especially for a group that has often been accused of such tactics before.  However, we must remember that for its part, Gamergate has distanced itself from the acts of these two, and they have denied that they were in any way involved.

For its part, VICE claims to have proof that this is not just the work of one or two people.  They point to archived postings and Tweets that show that TW and blacktric are well-known and welcome members of Gamergate.  However, even this “proof” only shows that these two people are closely associated with the Gamergate movement.

But it is important to remember that the Gamergate movement is a large and very loosely-based one.  It is made up of members who vary widely in their views, backgrounds, and motivations.  While there are a few who go too far, and some who even victimize others unlawfully, there are lots of others who don’t.  And there are no “leaders” of Gamergate who can control what individuals might want to say or do on their own.

Gamergate is a word that sums up a movement that began by demanding more transparency in the media.  Along the way, it has grown to include a few extremists, many of whom have their own, sometimes hateful, agenda.  But the actions of a few malicious individuals should not label an entire group – that is “guilt by association,” and that is always a dangerous logical basis for determining guilt.

While VICE is right that several “Gamergate supporters” may have been involved in the photoshopping of Veerender Jabbal’s image, its implied blame of the Gamergate movement as a whole is stretching things a little bit.  In such an emotionally charged atmosphere as we find ourselves in the wake of the Paris attacks, we need to be more careful than ever to rush to hasty judgments.

What do you think?  Is Gamergate to blame for what a couple of its members did?  Is VICE right?  Tell us below!


Hogwarts Legacy Designer’s Past Is Coming Back to Haunt Him