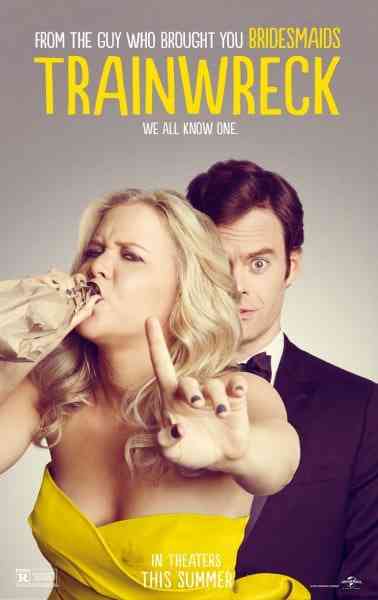 This weekend’s box office is another triumph for Marvel while Judd Apatow returns to form with Trainwreck.

Ant-Man ran up $22.6 million on it’s opening day, which easily captured number one, continuing Marvels box office domination as it closes out Phase 2 of its cinematic universe. While this number is exactly within the studio and industry expectations as the heist thriller heads towards a $60 million opening weekend, this hovers around a new low for Marvel. In comparison, The Incredible Hulk debuted to $21.5 on its opening day, but pulled down a great per theatre average than Ant-Man has. Selling Ant-Man was always going to be difficult and while Marvel seems to have put another hit in the books, there’s a certain sense of deflation as Phase 2 closes out. Marvel hopes the smallest Avenger will have legs overseas, something the Green Goliath severely lacked.

The other new debut this weekend is Trainwreck, the newest comedy from Judd Apatow starring Amy Schumer. It opened to $10.7 million on Friday as it climbs towards a roughly $30 million weekend. This is more in line with Apatow’s eariler movies (40 Year-Old Virgin/ Knocked Up) and less like his more recent work (Funny People/ This is 40). With terrific reviews and great word of mouth, on top of having a strong turn out from female viewers, Trainwreck should prove to have staying power and push to set a new record for a Judd Apatow directed film.

In holdovers, Minions looks to put even more in Universal’s bank this year with a second weekend looking to hit around $50 million while the other Universal blockbuster, Jurassic World continues to devour ticket sales with another $10 million added to its staggering cume so far. Inside Out, Pixars most recent addition to its perpetual hit machine should battle with Jurassic World to round out the top 5 this week.

Jurassic World Evolution: Complete Edition Out on Switch
Next
Black Dragon & Tremor Return in Mortal Kombat X Tremor Bundle DLC, Details Here
Previous
Pick Up “The Last of Us PS4 Bundle” at Dell and Get a $100 Gift Card