Ys VI: The Ark of Napishtim Review – A Charming Remaster of an RPG Classic

The Ys series had its first instalment 28 years ago in 1987. It was here where the reoccurring star of the Ys series, Adol Cristin, was introduced. Throughout the various Ys games, Adol embarks on countless adventures full of exploration, battles, and dialogue making each instalment fresh and full of RPG goodness. When Ys VI: The Ark of Napishtim was originally released, it was quite special on its own as it’s the first Ys game to be presented with 3D elements. However, this updated version of Ys VI on the PC has new features that make it even more special this time around. Originally only released on the PS2 in 2005 and PSP in 2006 for North America, let’s see how it does on the PC almost a decade later.

First, let’s layout the new features exclusive to this PC release; this time around, we get a brand new translation, high-resolution graphics, full USB controller support, and true widescreen gameplay, this PC version also introduces the ability to warp to any checkpoint previously encountered, as well as an optional “Catastrophe Mode” in which healing items can’t be purchased or stored and are instead used automatically on pickup. I’ll address each new feature in more detail throughout the review.

The game starts with Adol washed ashore a beach after his ship was attacked and subsequently encountered a storm. He is saved by two sisters with pointed ears and fluffy tails in which their tribe, the Rehda tribe, is known for. Unfortunately, there’s tension between the Rehda tribe and outsiders known as Eresians, who Adol is classified as. As such, even with the thoughtfulness of the two sisters, the others who are part of the Rehda tribe aren’t very fond of Adol. Meanwhile, the other outsiders Adol encounters aren’t very fond of the Rehda tribe. After three days of resting, Adol awakens and it’s where we get to step into his shoes and start out journey.

As you progress in the game, you’ll learn about Ys’ lore, the specific dilemma this instalment has in store for us to face and experience, and also other fun tidbits. You’ll meet intriguing and loveable characters and also some that make a reappearance if you’re familiar to the Ys series. In addition, you’ll witness how a large-scale issue affects people collectively and also individually. Whether it’s through a means of power, resource, or prejudice affairs, you get to see it unfold in Ys VI. While Ys VI is the sixth instalment in the series, each instalment acts more like a sequence or story arc within Adol’s various endeavours, rather than direct sequels to one another. Aside from Ys origin, 1, and 2 (which are more directly related to each other), the other instalments are connected through references to the lore and some allusions, making them mostly independent from other instalments. As a result, don’t be afraid to jump into Ys VI with no prior knowledge of the series. “A classic RPG that makes you want to keep progressing to see how everything unfolds.”

Ys VI’s story is simple and easy to grasp. It does not demand much brain power and instead allows you to enjoy its inhabitants of NPCs while traversing the world. Key characters develop and mature, while also adjusting to the events occurring around them which is interesting to see. There’s tons of dialogue to read and intake, which can be a bore at times, but still holds up impressively well. It could also be due to the new translation done exclusively for this PC release making it cleaner and more fluid. All in all, it’s a classic RPG that makes you want to keep progressing to see how everything unfolds and what the end result looks like without overly complicating things.

There’s quite a bit to explore in Ys VI, which can eat up the majority of time you invest in playing it. Good amounts of platforming, tons of hacking and slashing, and just plainly walking from place to place. Speaking of walking, the new feature of being able to warp among checkpoints definitely deserves a round of applause. If you’ve played the game before, you will understand how great this is since backtracking happens so much which is just downright time consuming. Thus, with the ability to warp between checkpoints, it’s much more efficient and faster to move from place to place. Even though battles simply consist of slashing your sword, timing your jumps, and observing enemy movement patterns, they aren’t necessarily easy to come out victorious. You truly need to time your actions correctly because with just one slipup, it could mean death. At times the battles were way more difficult than I anticipated (particularly bosses), but after dying a few times and finally beating them it was extremely rewarding. It really requires you to change up your tactic if one doesn’t work and to have patience to understand and observe what killing blow could come up next. Not going to lie, some battles in Ys VI made me have some of the same feelings and emotions just like when I play Dark Souls 2. With that said, if you really want to crank up the difficulty, you can try out the new “Catastrophe Mode” which will surely make having a full bar of health much harder to obtain and maintain. Like basic RPG elements, you have armor and weapons to equip and upgrade, and magic to use. Upgrading and equipping the right items is also key to survival and can make all the difference. In addition, I used an Xbox 360 controller to play the game, which I found extremely enjoyable and a great fit especially for the hacking and slashing. So, I do recommend at least trying it out if you have a USB controller lying around. If not, your keyboard will do just fine too.

With the addition of high-resolution graphics, Ys VI looks beautiful. The in-game colors are vivid, things look crisper/sharper, and overall is just a solid presentation. While the anime cutscenes and character images for the visual novel-like presentation did not get the same attention, if any, as the in-game visuals, the overall presentation still holds up well. We also get true widescreen gameplay which, for someone like me, makes things perfect as I am not fond of black boarders staring back at me. The 3D elements gives the game a modern feel, but has the right amount of simplicity and classic elements that doesn’t veer it completely away from its well-known origin. From the movement of the waves on the beach, 3D boss models explosive attacks, to the running animation of Adol, Ys VI still has the ability to capture our attention and make us admire what our eyes are presented with. “With the addition of high-resolution graphics, Ys VI looks beautiful.”

Unlike the PS2 version of Ys VI, this PC release, like its PSP counterpart, does not include voice acting. As result, being able to read is extremely important as there are moments in the game where you must interact with other NPCs to discover where your next destination is. While the sound effects aren’t something to truly boast about, the music on the other hand is superb. Whether you’re in a battle, or just passing by a town, the music changes to incorporate the perfect sounds to get you in the right mood. Whatever music starts playing, you know when it’s one to be happy, sad, or to get ready for battle.

Ys VI still has its original charm and classic elements to make it a timeless game. It’s a simple and not overly complicated action RPG which makes it an easy game to experience and love. While its simplicity and common RPG elements does not make it stand out excessively from its competitors, it stays in its safe zone and continues its formula. With the new features available exclusive to this PC release, it has something in store for fans of the game to appreciate and also new comers to experience. If you’re in need for a simple and enjoyable RPG full of exploration and loveable characters, look no further. 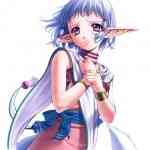 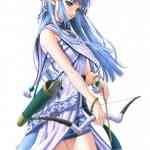 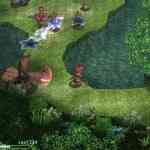 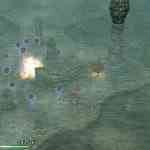 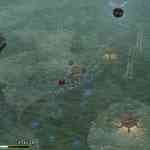 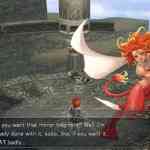 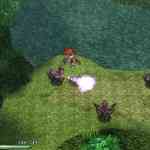 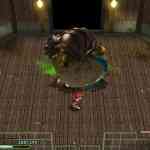 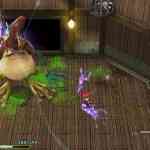 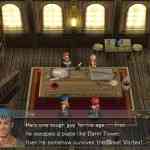 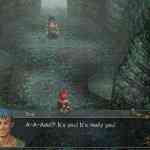 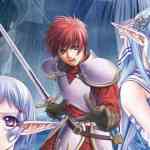