Video game representations of pinball games have come a long, long way from the earliest incarnations. Early attempts struggled to accurately depict pinball physics. But since the last generation consoles, the CPUs and graphics have advanced to a point where realistic behaviour is a given. So the focus is now on the table layout and gameplay content.

The arcades of a generation ago started out with only pinball machines to lure quarters away – at a now generous three games a pop. With the advent of video game chip based arcade machines, pinball games were pushed to the side to the back corners, or dropped altogether. Arcades became the home for the first generation of video gamers until Nintendo and others took arcades into the home. Over time pinball games have made a small comeback in the medium that initially replaced them.

Zen Studios has created a line of pinball games under their Zen Pinball 2 label where quite a few of their tables are based on pop culture properties from movies, TV shows, and of course, comics. They have an extensive line of Marvel based tables based on the big guns such as Spiderman, Ironman, Hulk, etc., and of course the Avengers. It’s an impressive lineup and their product is one of those cross platform ones that you can play on the PS3, the PS Vita, and the PS4, which is pretty cool. Another bonus to note – the games support 3D too and pinball games look and play better with the added dimension.

Zen Studios also leverages the connectivity provided by Sony, and Microsoft et al, to allow for leaderboards on a global and friend basis. You can compare your scores on multiple levels. The tables also support up to four-player hotseat player on those occasions you and your friends get together for gaming sessions. Each table has various options for camera angles, bumper physics etc. One of those options turned out to be very handy with Zen’s latest offering – Marvel’s Avengers: Age of Ultron Pinball (AOU for short). 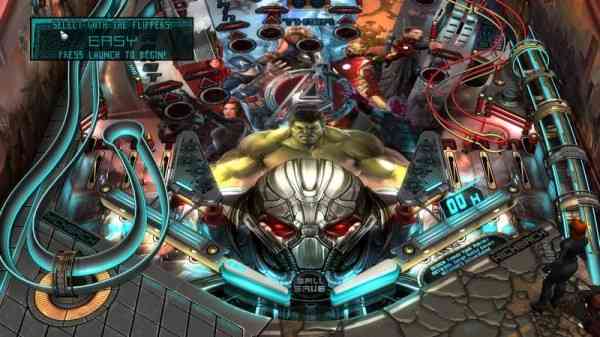 “If there is one annoying characteristic… it is the complexity of combinations you have to pull off.”

The AOU table fits in nicely with their other Marvel offerings but is hindered somewhat because the actors in the movie version are so well known that hearing other actors voice them is disconcerting, especially with a multiple cast like the Avengers. Obviously with Black Widow as the only female character she was easily identifiable. With the guys I had difficulty determining when it was Captain America, IronMan, Thor, or Ultron talking to the point of distraction. So through the options I was able to turn them off.  Much better.

The AOU table is divided into an upper and lower section, which is a common design approach with these tables.  This table seems a little sparse in terms of its environment compared to other Marvel stand-alone tables. Characters from the film populate the edges of the table with Black Widow, Ironman, and one incarnation of Ultron. Other characters show up if you are able to complete the proper combination of hit targets and ramps. 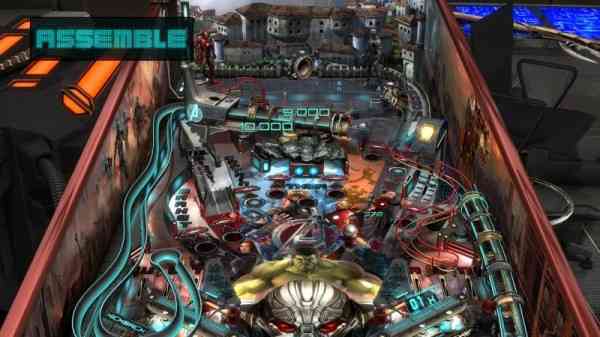 “You can play on the PS3, PS Vita and PS4 [using Sony’s Cross Play feature]”

If there is one annoying characteristic of these tables it is the complexity of combinations you have to pull off. They put button combos in fighting games to shame at times requiring almost Jedi-like skills. You can call up an onscreen display to show you the necessary steps and goals. I am also not a big fan of instances where multiple balls come into play at the same time. You are reduced to button mashing for the most part during the sequences trying to keep all the balls in play.

Despite the spareness of the table layout, it is still fun to play.  You also have the option to change difficulty levels, which reduces the time limits to achieve goals. Checking out the global scoreboards the pinball wizards already have racked up some pretty impressive scores. As to how well the table reflects the movie, I cannot say at the time of this review as the big screen production has not yet opened up here.  With Zen Studios’s AOU it is up to your pinball skills to Assemble The Avengers. EXCELSIOR!!! 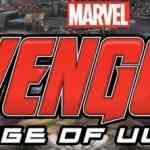 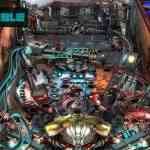 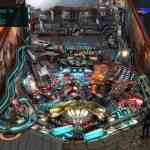 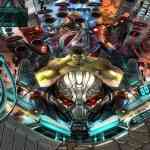 Next Ys VI: The Ark of Napishtim Review – A Charming Remaster of an RPG Classic
Previous Assassin’s Creed Chronicles: China Review – A Fresh Take on a Stale Series as AC Goes 2D