Think of a Rogue Redux mixed with the sensibilities of Terry Pratchett’s Discworld series and you will have a solid take on “The Weaponographist”. The game was released by game publisher Mastertronic from developer Puuba. It has been available since April 29, 2015 on Steam and runs on PCs and Macs.

The framing story for this game is thankfully light as you play Doug McGrave, a demon hunter and non-hero. His primary motivation for doing what he does is strictly mercenary. It is an attitude that costs him dearly when he refuses to help a village that is beset by demons because they have no way to pay him. McGrave receives a befitting curse that will only be lifted if he rids the village of all the demons. So goes the setup and all the character info for the game. Since McGrave is not an empathetic character, the slightness of story makes it easier for you to forget that.

The shallowness of McGrave is mitigated by the tongue in cheek approach the game has with the character art and setting. Characters are done in exaggerated forms and bright colours which give the game a very cartoon appearance. Once cursed it is up to the player to take McGrave on a dungeon destruction tour.

The curse forms the basis on which the gameplay mechanics are built. As McGrave dispatches enemies he can pick up their weapons for use, but only for a short time. The curse causes weapons to fall apart in his hands after a short time. So the player must be constantly strategizing which weapons of defeated enemies to pick up next and adjust their gameplay accordingly with each new weapon.

Weapons range from swords, spears, guns, and magic spells. Each has their own strengths and weaknesses which the player must discover and adapt to. Gameplay is pretty tight and responsive. You can use a keyboard or, much more preferred, a joypad. There is good variety of weapons and enemies that keep the gameplay from becoming stale too quickly.

Additional layers of gameplay depth are added to the game with the ability to pull off combos with weapons as well as being able to upgrade them. Upgrades to weapons and spells are done in the village proper where a variety of characters such as the local blacksmith will avail their services to you in exchange for the loot and goo points you accumulate in your dungeon crawls. 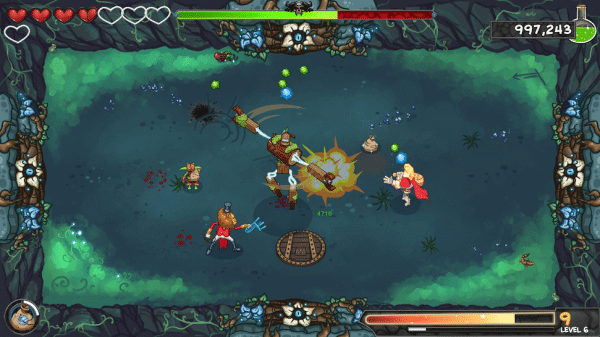 “There is good variety of weapons and enemies that keep the gameplay from becoming stale too quickly.”

There are a few annoyances present. The techno music is too generic, too repetitive, and may get on your nerves. Character animations are limited and even though McGrave can attack in all four directions, the default animation for McGrave has him attacking in a left to right direction which does not transition smoothly to movements in other directions.

In terms of gameplay progression, The Weaponagraphist does quite a few things right. Each dungeon level ends with a boss and Puuba has wisely included checkpoint saves just before your reach the boss. This removes the tedium of losing to a boss and having to repeat all the dungeons in a level before being able to face off against them again. That is an artificial increase in the length of a game that may have been acceptable a long time ago but dissuades too many game players in these busier times.

As with many Rogue games, another plus for The Weaponographist is in its replayability. There are many ways to defeat enemies and along with Steam Achievements provide sufficient incentive for players to find quicker and faster ways to speed run through dungeons.

The Weaponographist does enough things right that will appeal to gamers that are heavily into “The Binding of Isaac”-like dungeon crawlers. The gameplay compensates for the lessor elements of graphics, sound, and lack of personality. The Weaponographist won’t be the most memorable game you will play but its strong elements do overshadow its shortcomings. 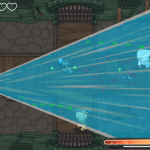 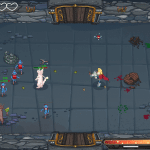 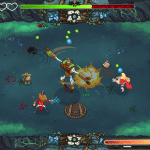 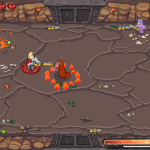 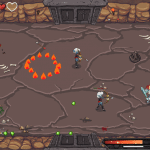 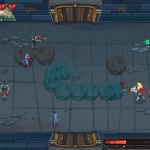 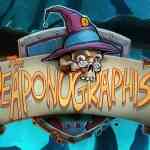